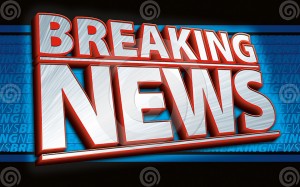 Last Saturday morning, while I’m enjoying my breakfast vice of bacon and eggs, ABC News interrupted its regular news program with BREAKING NEWS!  Of course, I turned the volume up a bit and directed my undivided attention to the TV screen.  Tension always exists in that time period between the screen displaying ABC Breaking News and the shot of the news desk where the story actually begins.  Plane crash?  Horrible pile-up on a major highway?  Another holy war?  Car bombing?  What could it be?  I watched and listened with bated breath. The anchor looked me in the eye and spoke these words, “ABC News has learned that Pope Benedict XVI is quitting!” OH NO!!!!  The Pope quit!!!  Holy shit!  This is breaking news?  Maybe if you’re watching the 700 Club, but on a major network?  Yes, I admit it’s news, but breaking news? Is it “We interrupt this program for the following news bulletin!” type of news that used to be reserved for major airline disasters and the Kennedy assassination?  Will anybody, besides a Cardinal or a Catholic schoolgirl, remember where they were or what they were doing when the Pope quit? 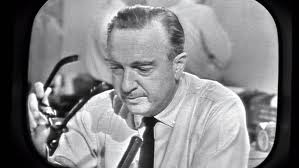 margin.  About 17% of the world’s population is Catholic, while Protestants weigh in at a paltry 7%.  The Jews are in last place with only two-tenths of the world’s population, but the Muslims take the top spot with over one-in-five people in the world being some type of Muslim.  Never saw a Breaking News bulletin when a Muslim leader steps down.  Why is that?  Has a Muslim leader ever quit?  I’m not sure, but I do know that when an “extremist” Muslim leader is shot or killed, it’s Breaking News.

Jews hardly ever make the news, unless something big happens in Israel.  Jews never quit, apparently, and there is really no Jewish big shot that equates with his holiness, the Pope.  Protestants don’t make the news, either, as their public relations machine is obviously inferior to the Catholic marketing team.  Atheists don’t get equal time with any religion and since 13% of the world’s population consists of people who are committed non-believers, you would think that anytime a well-known atheist quits a job, it would be Breaking News.

Pope Benedict XVI is the first Pope to quit in about 600 years, which I admit is newsworthy, and after watching Pope after Pope die in office over the past few decades, the fact that a pooped-out Pope would rather quit than die in office is very refreshing.  Let’s face it, like old rock stars and TV personnel, watching the leader of all Catholics grow so old and rigid that he looks like he was propped up on a seat-less bicycle stem tugs at everyone’s heartstrings.  Better to bow out gracefully and save us from witnessing a spectacle worthy only of an assisted-care facility.  But how do you pick a new Pope when the old one’s not dead yet.  Obviously, you advertise.  I managed to scrounge up an old ad from the last time the boys in the Vatican were looking for someone to talk to God.  If you qualify, feel free to apply:

Description of Work: To serve as perpetual and visible source and foundation of the unity both of the bishops and the whole company of the faithful.  Must act as pastor of the entire Church and exercise unhindered full, supreme, and universal power.  Must be able to wave to throngs, ride in comfortable vehicles, and sit in soft comfortable chairs for hours at a time.  Considerable time will be spent cursing non-Catholic Christians who disagree with Roman Catholic Doctrine.  Other duties as assigned by God.

Qualifications: Must be a Catholic male of the age of reason, religious, and willing to listen to the penitent.  Must be baptized.  A Cardinal or Bishop preferred, but not necessary.  Heretics, those in schism, or “notorious” for simony and the Irish need not apply.  Extensive travel required.  Spanish a plus.

It is my understanding that a non-Catholic male can be elected Pope, but only if he converts to Catholicism immediately after being elected.  I think during the big “conclave,” the voting members should consider “freshening up” things with someone of another religion, just as a show of good faith.  A Methodist or Jewish Pope is a nice idea.  Imagine, his Holiness, Pope Goldstein I . . . now that’s Breaking News!