The Dark Age of Modern Medicine!

We the people of the world are entering a dark age in the world of medicine.  The last and 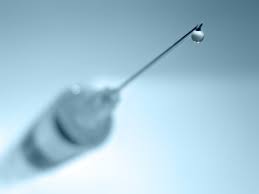 best known Dark Ages occurred between the end of the Roman Empire and the beginning of the Renaissance.  It was also known as the Middle Ages or the “Age of Faith.”  Ridiculed as a time of ignorance and superstition, the Dark Ages are parodied by many logical minds as a time when “religion ruled the world.”  There is some truth to that cruel joke, but the idea of a  “Dark Age” started with Petrarch, a Christian writer, who metaphorically compared “good versus evil” as “light against dark.” Religious writers of the Protestant Reformation called the Dark Ages the age of Catholic corruption, while the 16th and 17th Century Catholic writers countered that the High Middle Ages was a period of social and religious harmony. As usual, there are two sides to every story.

Sadly, there is a dawning Dark Age that could be deadlier than any plague or rampant disease in the Middle Ages–  it is the belief that vaccinations are bad!  Despite the overwhelming scientific evidence that vaccinations control deadly outbreaks, prevent suffering and death, there is a growing group of the uninitiated parents and caregivers that argue that vaccinations are amoral, unethical, and dangerous.  And many of these arguments involve religion.  When Reverend Cotton Mather introduced inoculations in Boston in 1721 during a smallpox epidemic, most people rejected it on religious grounds. In 1772, theologian Edmund Massey argued that diseases were sent by God to punish sinners.  He stated any injection to prevent smallpox was a “diabolical operation.” Not much has changed since the 18th Century, particularly with the non-Christian religions. For instance, fundamentalist Muslims who advise their followers not to be inoculated are responsible for a resurgence of polio.

But anti-vaccine supporters cannot live on religion alone.  To sway the masses, “scientific” facts and studies must be quoted to convince logical, thinking human beings, even if there is no basis for such conclusions.  Celebrity helps a lot as seen in the number of anti-vaxxer followers of former Playboy bunny, Jenny McCarthy.  McCarthy, who believes her son is autistic due to a measles/mumps/rubella vaccination (MMR), bases her belief on what was deemed fraudulent research perpetrated by an English doctor, Andrew Wakefield (actually Wakefield is a supporter of single vaccines).  Celebrities, such as McCarthy and Robert Kennedy, Jr., are creating an unnecessary medical crisis by using their notoriety and status to reduce the number of parents who vaccinate their children.  And it’s working.  A 2005 measles outbreak in Indiana was a result of parents refusing to inoculate their children against the disease.  But rising above the health horizon is an even more dangerous argument called vaccine overload.

Vaccine overload is the idea that young bodies can be given too many vaccines in too short of a period of time.  Proponents convince themselves that a child’s immune system is too weak for so many vaccinations and that the consequences can be severe, including the new medical buzz word for the neural development disorder known as autism.

Recently, a gentleman named Jack Collins wrote me to discuss the following video, and he thought that you and I might find it interesting.  He’s correct!  You will find it interesting, but before you watch it, these few facts and definitions may be helpful:

An antigen is substance, usually a toxin, that enters the body and triggers it to produce an antibody to fight it.  Most common antigens are live bacteria or viruses and this antibody mechanism is a crucial step in keeping us healthy and alive.  The video is entitled “Too Many, Too Soon: The Anti-Vaccine Fallacy” and is posted on academicearth.org.  Please watch!