Oh, I Wish I Was an Oscar Meyer Wiener! 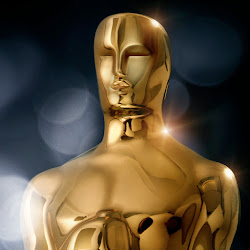 The omnipresent Academy is apparently the Academy of Motion Picture Arts and Sciences, or AMPAS, whose membership is less than six thousand persons.  Makes you wonder what all the fuss is about, but as the old adage goes, “Celebrity has its privileges.”  One of those privileges is fooling the general public into thinking that every rink-dink actor is not only news worthy, but is somehow endowed with above-average intelligence.  The general public can’t get enough of these people, be it on TV, the movies, trips to Hollywood, or at grocery tabloids.  Unlike disgraced politicians and sports stars, TV and movies actors can do no wrong.  Well, there’s no accounting for taste.

When it comes to taste, the voting of the so-called Academy is questionable.  For instance, the coveted Best Picture category certainly contains some doozies over the years.  Yes, some great movies won this category, like Rain Man, Silence of the Lambs, and Patton, but some real stinkers complete the list in recent years, as if Academy members were trending toward picking the winners by heaving darts at the wall, rather than actually watching the movies.  When I re-watch any of these old winners, well, I usually wait at least an hour after eating: Gigi, Chariots of Fire, Out of Africa, Terms of Endearment, Dances With Wolves, The English Patient, No Country for Old Men, The King’s Speech and The Artist.

The actors are not good sports, either, as there is always talk about who or who was not “shunned” by the Oscars.  Shunned?  Well, I guess some Hollywood folk and their fans can complain.  A real shocker is Alfred Hitchcock.  Although nominated five times, he never won.  Another five time nominee and extremely talented writer and director was Robert Altman of M*A*S*H fame.  Never won, but probably came the closest in 1971, when he was unfortunate enough to lose the award to one-time nominee, Frank Schaffner, who directed Patton. Other famous talent excluded from the list of Oscar winners include Richard Burton, Glenn Close, Johnny Depp, Tom Cruise, Deborah Kerr, Ed Harris, Sigourney Weaver and Peter O’ Toole.

Of course, some of Hollywood’s own are less than enamored by the glitz and glitter of Hollywood and the Acad . . .  excuse me . . . the Oscars.  George C. Scott’s portrayal of General George S. Patton won him an Oscar in 1971, but he refused to attend the ceremony purportedly saying that he wasn’t attending a ceremony where a dog (Lassie) won an award, but what he actually said that he wasn’t attending because the Awards were “a meat market.”  The ever-lovable collie, Lassie, never did win an Oscar leaving Mickey Mouse as the sole non-human ever to win the award.  Michael Crichton, the brilliant writer, movie maker and Harvard med-school graduate, was interviewed by a perky reporter after his Oscar for technical achievement in 1995.  When asked what he thought of his fellow Academy members, he replied that he could describe the Academy and his whole Hollywood experience in four words, “Stupid, stupid, really stupid.”  Gotta love the man!  Welcome to Jurassic Park!