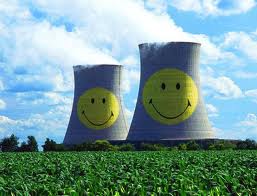 For the past forty years, scientists, politicians and regular people are trying to avert the impending doom that is the lack of energy.  Many methods of quelling our thirst for oil and fossil fuels are investigated and implemented, such as wind, solar, wood, hydrogen and so on.  Most companies involved with these fallacies are earning millions, even billions, of dollars perpetrating the next grand “solution” while wasting billions of barrels of petrochemicals in the process.  Crude oil is the heavy hitter in the energy department.  One gallon of #2 fuel oil, or home heating oil, contains 138,700 BTu’s of space heating capacity.  The heat flux, or energy transfer, for this type of fuel is high, compared to most of the renewable energy sources named above. 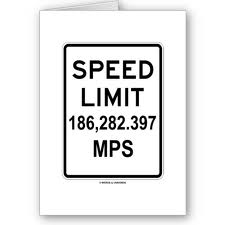 When discussing solar energy, proponents of the renewable “sun” source quote cute little facts to make the sun larger than . . . well, even larger than the sun . . . like, “the Sun is a million times bigger than the earth!” or “light travels at a speed of 186,282 miles per second!” (wow!), and “light travels to Earth in 8 minutes and 19 seconds!”  (Why so long? you might ask!), but the sad truth is that on a very sunny day, at sea level, near the equator, the energy delivered by the Sun is about 300 BTu’s per square foot each hour.  Most homes above the 38th parallel (Northern United States, for example) require the heat contained in about one gallon of fuel oil per hour.  Using that as a basis for some simple calculations, delivering the equivalent heat by solar power requires 463 square feet of coverage or 15- 4′ x 8′ panels, that is, if you can mount them on the ocean surface at the equator and stop the rotation of the Earth so those panels will deliver power 24 hours a day.  Not practical in the real world, so what if those panels were mounted, say, in Philadelphia?  The figures look like this:  about 250 BTu’s per square foot in an hour, for about 4 hours per day, in a town where the sun only shines 55% of the time.  That’s 63,662 BTu’s in one hour under ideal conditions in the City of Brotherly Love. 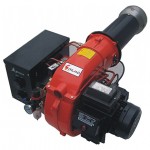 running 12 hours a day.  You’re burning 12 gallons of oil and assuming your heater is 80% efficient, you are getting 1,331,520 BTu’s to heat your home.  The 15-panel solar system the snake oil salesman talked you into is delivering 463,000 BTu’s per day when the sun is shining brightly if it was 100 % efficient.  But this is the energy actually hitting the panels, so considering the best retail solar panels are 19% efficient, the heat your home is receiving drops to a measly 87,970 BTu’s a day.  Not very promising if you’re gonna “save the world” with alternative energy.

Wind isn’t going to heat your home, either, although there are turbine units that claim they produce over 500 KW per month.  That may pay for your lights, appliances and even dry a couple of loads of wash, but while wind energy is clean, free and renewable, the equipment and noise are not.

What we, as a nation and world-wide community, failed to do, was harness nuclear energy in a safe, cheap and effective way.  Impossible you say!  Well, it may be too late now, since we as a world community chose the easy and fearful route.  And these decisions to power our world as we do today is ironically the most dangerous of all.  We use crude oil for everything, including gasoline, plastics and medicine.  As the supply winds down, the tension mounts.  Where will we get the next superstar in energy.  One grand scheme in the 1950’s was nuclear power.  First demonstrated in Chicago in 1941, the power of the atom promised to create energy so cheap that it would be fallacy for power companies to measure it.  Needless to say, that never happened as public misunderstanding and fear crippled the idea of nuclear energy.

Radiation is a spooky thing.  No amount of radiation is good for the human body, but day

after day, the world’s beaches are strewn with sunbathers broiling themselves in the safe energy we call solar.  These are the same folks that are scared to death of nuclear radiation.  The fact is this, the nuclear industry safety record is astonishing with only three (3) major accidents in over 15,000 reactor years of service.  Despite the public hype, the radiation exposure was just slightly above what normally occurs from the earth’s crust.  And those accidents were exacerbated by the lack of regulations (Russia) or failure to heed designers warnings (Japan).  Despite popular belief, the nuclear material lodged in a reactor cannot, repeat, cannot explode like a bomb.  Most of the cons to nuclear energy, cost of construction, disposal of nuclear material and the limited supply of nuclear fuel are driven to mythical proportions due to the public’s fear of the industry.  Although thousands of workers are killed in coal mines and drilling for oil, uninitiated citizen fear drives nuclear power into the renewable energy kill-zone.

If the billions of dollars spent on promoting the oil industry during the past 40 years were diverted into research and development of solving the problems we perceive about nuclear energy, we would live in a very different world . . . a world almost free of petrochemicals and petro-dollars . . . a world of nuclear energy that powers electrical vehicles and an electrical industrial complex.  And if you’re still not convinced, ponder this . . . France satisfies over 78% of its electrical needs with nuclear power.  If the French can do it, anybody can do it!