Oh I Wish I Was A “Carlos Danger” Wiener! 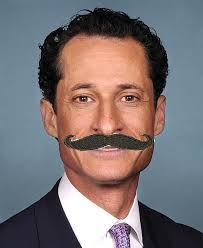 represents a handful of people, may be millions.  Who you ask?  The self-serving politician!  Not all politicians are bad, especially on the local level, but the rise in selfish men and women seeking and holding political office is alarming.  They’re easy to spot, as they attend meetings and gatherings with no regard to the truth or common sense.  Concerned only with policies and laws that serve their own interests and agendas, they mill about shaking hands with constituents, drink in one hand, cigarette in the other, espousing causes they don’t believe in and pontificating on subjects about which they know nothing.  Ironically, the worst they are, the easier they are to spot, as they talk about virtue and family values . . . families they obviously ignore or despise as they are never home.  Families that attend political functions and express fake smiles, strained conversations and struggle not to reveal any secrets, from alcoholism to kicking the family dog.

Then along comes Anthony Wiener, the sexting machine that is so “out of bounds” in his behavior that it’s almost laughable.  The man admits sending inappropriate sexual texts to women and added a little spice to the messages by attaching a few photos of the “little Wiener.”  What idiot wouldn’t want to crawl in a hole and pull it in after himself after being caught in such a sordid sixth grade escapade.  Consider, however, that this man was a U.S. Congressman.  Tax money well spent on a smart phone.

Now, not only is the former Congressman/professional political pervert not digging a large hole in his backyard to hide, he is running for New York City Mayor.  Apparently his balls are too big to fit into a text message or we could add that to the long list of indiscretions.  His defense?  He said, “Look, I made a some big mistakes, and I know I let a lot of people down.  But I’ve also learned some tough lessons…. I hope I get a second chance to work for you.”  There you go, just apologize and all is forgiven!  This seems of be the great American political pastime . . .  saying you’re sorry and then moving on like nothing happened.  Ole’ Tony continued his sexting ways, however, even after resigning from Congress, so the only “tough” lesson he learned was say you’re sorry, run for office, keep taking snapshots of your tallywacker, hit <send>.

But wait, there’s more!  Rudeness and stupidity are the signature characteristics of the “Wiener for Mayor” campaign as spokeswomen Barbara Morgan unleashed a profanity-ridden tirade against an intern this week.  Whoops!  Time to say, “I’m sorry!” again and ask for forgiveness.  Morgan tweeted a photo of a swear jar she just set up to commemorate the event.  She said, “Not my best day yesterday. Should’ve known better, been better.  Gotta pay up.”  That’s it?  An apology and a little joke?  Perhaps Zimmerman’s attorney can show up with another “knock, knock” joke.  By the looks of the jar below, Morgan is simply going to shovel money in it so she can bash interns unfettered. 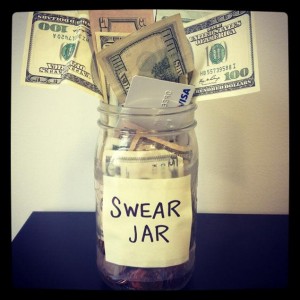 There’s no doubt that New Yorkers will rise up and swat this pest down like a common house fly.  New York already has its fill of sexual deviants, and New Yorkers will be in a really bad mood for a long time over the A-Rod scandal.  The voters aren’t up for any more drama.  And if he loses this contest, he’s not done yet!  He can run incognito with his sexting moniker, Carlos Danger!  NO one will be the wiser! 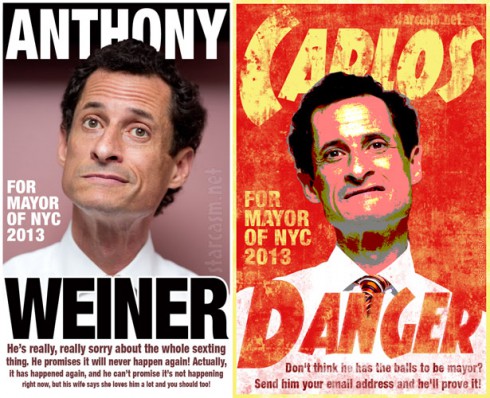