“I think that I will never see a poem as lovely as a tree,” wrote Joyce Kilmer.  As you read 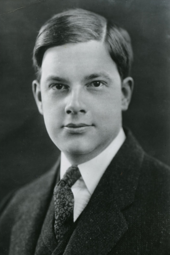 the rest of this simple-minded poem, you get the distinct impression that Mr. Kilmer didn’t get out much, or if he did, he really wasn’t paying attention.  Trees are nice, but the majority of trees in the world aren’t exactly lovely.  Trees are great for little boys to climb, for old men to sit under on a hot summer’s day and for lumberjacks to cut down, as memorialized in the famous Monty Python song, “I’m a lumberjack and I’m O.K.”  After that, things pretty much go downhill for trees.

For the most part, it seems trees are just in the way.  Although there is a concerted effort to re-plant a lot of trees in recent years, for most of history, trees are ours for the taking, being cut and felled for everything from firewood to kitchen matches.  And the folks re-planting the trees are generally those folks who want to grow trees real fast to cut them down again, like the lumber industry and the match guys.  For instance, the Diamond Match Company knocks down trees and smashes them into smithereens for 12 billion matches a year.  I figure there are at least two matches per smithereen.

Comedians seem to treat trees the best, because they blame them for various harm and disasters, but don’t actively run out into the woods with an axe to pulverize the population.  During a faux Presidential campaign in the 1960’s, Pat Paulsen stated that if elected, he would “stamp” out forest fires by fireproofing trees.  He stated that, at first, he wanted to replace all wooden trees with aluminum trees, but realized that “the woodpeckers would drive you crazy!”  Saturday Night Live ran the gamut of tree satire from “Killer Christmas Trees” to Dan Akyroyd’s report on flammable trees claiming they’re “better than a Yule log!”  And scraping the bottom of the “socially unacceptable” Simpsons/Family Guy barrel of subject matter, SNL televised a skit where a grieving Cher pleaded for safer ski slopes by announcing, “Skiing doesn’t kill people, TREES do!”

Perhaps the best thing written about trees is the parody of Kilmer’s poem by Ogden Nash: 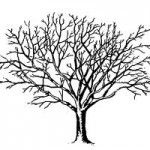 As for the not so simple-minded, Columbia University graduate, Alfred Joyce Kilmer?  He did get around.  During World War I, his proclivity for volunteering for dangerous missions proved his undoing, as he was cut down by a sniper’s bullet in 1918 during the Second Battle of the Marne at the tender age of 31.