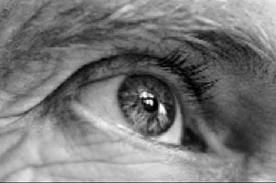 Few wrinkles adorned the face of John who sat with coal black hair scribbling at each meeting.  He was the recording secretary of the group and year after year, he wrote down everything anyone said at every meeting, no matter how pertinent, no matter how asinine.  He never judged or commented on his script, and rarely, if ever, paraphrased.  His notes contained exact quotes and verbatim testimony of each spoken word, and infinite detail of every act committed by this local group. John was more than this group, and I, deserved.  He never spoke much, never argued with anyone, and was truly a nice man.  One evening when we met at a regular meeting, he mentioned that it was his birthday.  When I asked how old, I was shocked when he said, “Seventy-five.”  We were sitting next to each other at the officers table and began chatting about a number of subjects like where we grew up, where we worked and so on.  The subject drifted to World War II  and invariably I mentioned that I admired the fighting prowess of Patton’s army.  “Old Blood and Guts,” I said, “If you had the blood, he had the guts.”  John let me know that he admired him too.  I asked him if he thought those under his command felt that way.  He turned, looked at me through tired eyes and said, “I know I did!  I was a tank commander in the Third Army.”

I was stunned.  For several moments, I sat there trying to picture this kind, gentle man in a tank commander’s uniform, sitting atop a tank turret, fighting the Germans.  I asked if he ever met Patton.  He said he was there for the famous apology Patton delivered after slapping a dogface for battle fatigue, but he also told a story about the cold, icy morning he met “the old man” face-to-face.

During the Third Army’s march across France and into Germany, the tank commanders 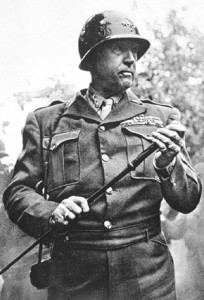 were responsible for ten tanks each, all following each other in a column when not in battle, and each platoon of tanks gathered together to make camp each evening to rest for the next day’s movements.  One evening, bad weather was predicted and as promised, the Third Army was met with an early evening freezing rain.  Next morning, the tanks, trucks, jeeps, roads and trees were all covered with a thin coat of clear ice.  When the platoons of tanks attempted to mount the old country road they were traveling, disaster struck.  Tanks slid all over the road and most ended up in the ditches running parallel along the roadway.  John, however, grew up in rural Pennsylvania where ice storms and freezing rain were a common occurrence.  Early that evening, the lieutenant from Pennsylvania ordered his maintenance crew to weld “tits” or bits of scrap metal onto the chevrons of the tank tracks, an old trick he learned from his father who did the same thing on old track machines and steel-wheeled tractors at home.  That cold and icy morning, John’s platoon of tanks fired up their engines and slowly climbed onto the ice-covered road.

None of the other platoons were making any headway, as the tanks and equipment slid all over and off the road.  Military rules dictated that a platoon commander must ask permission to pass another platoon, which meant that John would ride his tank to the front of each platoon to ask its commander to pass, then radio his tanks to make their way forward.  Slowly, John’s tank track “ice tits” allowed him to safely pass one platoon of tanks after another.  Most of the other commanders conveyed their fear not of the ice, but of Patton’s rage due to the traction-less weather conditions.  John light-heartedly promised to put in a good word for them, should he see Patton.

Finally, John’s tank platoon reached a chaotic intersection full of gee-jawed tanks, trucks and jeeps.  Standing in the middle of the intersection was Lieutenant General George S. Patton screaming orders and directing traffic.  John needed permission to pass though the intersection, but how do you ask the General himself?  John waved his platoon down and ordered his driver to slowly creep into the intersection.  Patton, dressed in full regalia, including his long beige overcoat and ivory-handled pistols, glared at John.  John told his driver to halt.

“Lieutenant!!  Do you know where the hell you’re going?” Patton yelled.

“Well, you’re the only dumb bastard moving, so get the hell through here, Lieutenant!” Patton yelled back.

“Yes, I met Patton that day, and even spoke to him.” John said to me with smile. 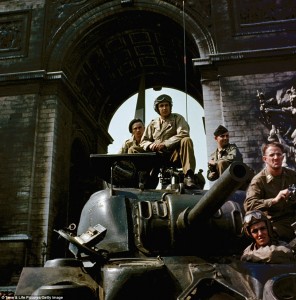 But as the old adage goes, War is hell! A few days later, during a skirmish outside a French town, a Panzer fired a shell that penetrated John’s tank.  The shell skittered around the inside of the turret and John thought everyone was lucky to be alive until he saw the driver . . . his head missing, hands and feet still operating the controls.  His tank was also involved in several close calls, where shells hit his tank, but didn’t penetrate the armor.  John met Patton, but he met the enemy as well.  I looked into his tired eyes as he told the tales . . . and I respected this old man who not only fought for our freedom against a heinous dictator, but spoke of the events as if it was just another day at the office.  No bragging, no mention of heroes, no regrets, no tears . . . just a guy sent off to a foreign land to fight a horrible fight and return intact and alive.