Have Gun, Will Travel

Annie Get Your Gun is an American staple.  It is a musical play loosely based on the female 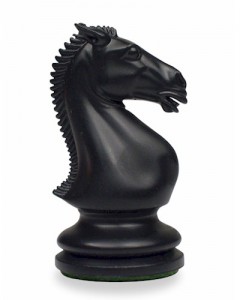 American sharpshooter Annie Oakley and although Annie could beat Frank in the final shooting contest, she throws the event in order to get her man.  It is a classic “girl-gets-boy.”  Well . . . you know what I mean.  Guns and entertainment go together like hot dogs and baseball, football and beer, darts and beer, chips and beer, bratwurst and beer, and last but not least, guns and beer.  Television and movies are wrought with the word “gun” in their titles. From the marketing genius of a documentary simply entitled “The Gun” to such American favorites as Top Gun, Man with the Golden Gun, Naked Gun, The Guns of Navarone and Machine Gun Preacher, guns are burned into our national subconscious.   Most gun movies and shows don’t contain the word in the title, but from the earliest TV productions, Lone Ranger, Superman, Hop Along Cassidy, to the most recent, NCIS, Nikita, Alias, Revenge, gun violence is an important part of the message– bad guys get guns, good guys get bigger guns, mow down bad guys and take their guns. In Hollywoodland, everyone’s firepower is just right for a happy ending. Unfortunately, in an unscripted world, real weapons and the people wielding them is a lot scarier.  While I personally don’t equate Hollywood gun play with the increase of gun battles on the streets and in our homes, it is obvious that Americans, as a nation, are comfortable with the sight and sounds of firearms.  Guns are fun and freaky all at the same time, so can anyone blame an American boy or girl for craving an AK-47?

After the recent Sandy Hook massacre, controlling the use and ownership of shooting weapons is a debate that is angrier than ever before.  Gun lovers quote the Second Amendment and gun fearing pacifists quote one tragic headline after another.  Very few people are in-between.  Worse yet, no one really knows why.  Let’s examine some simple facts.

What is a gun? It is a machine, hand-held or fixed on the earth, that fires a projectile at high speed.  The projectile, bullet or shell can be solid, liquid or gas and such projectile is launched by some type of expanding gas, either an explosion or compressed gas.  That is a simple description, but the romance of owning such a critter sends tens of thousands of folks each year to gun shows, shops and auctions just for the sheer “thrill” of owning something they can accidentally kill themselves with or, better yet, a loved one.  Now owning a gun isn’t inherently dangerous, as the pro-gun guys and gals will quickly point out.  They remind all of us that people kill people, not guns, and they’re absolutely correct.  What they don’t remind us is that gun-totin’ people kill more people quicker and in greater numbers than other people.

What is the Second Amendment? It awkwardly reads, “A well regulated Militia, being necessary to the security of a free State, the right of the people to keep and bear Arms, shall not be infringed.”  A simple statement that ignites complex and convoluted debates regarding its true meaning.  Gun enthusiasts insist that the words “to keep and bear Arms” is a guarantee of individual gun ownership, while constitution scholars point out the prefatory phrase, “A well regulated Militia,” simply warrants that the Federal government cannot prevent individual states from defending themselves.  The obvious meaning, of course, is that you may possess a gun if you’re part of a trained civilian army.  Sounds a lot like gun control doesn’t it?

Switzerland seems to understand the U.S. Second Amendment better than the U.S. as practically each qualifying citizen is issued a government weapon to maintain “a well regulated militia.”  Such responsibility comes with mandatory training and conscription into the “army” for 300 days.  The weapons are kept in the home, based on the theory that Switzerland is a small nation that can be attacked so swiftly, immediate response is needed.  Since 2008, however, ammunition is stored in central armories, after an attack on a regional parliament dusted 14 souls and wounded 14 more.  It is not unusual to see citizens carrying weapons in public on their way to a shooting range or target practice.  It is a gun heavy culture that works for them fairly well . . . because of gun control. 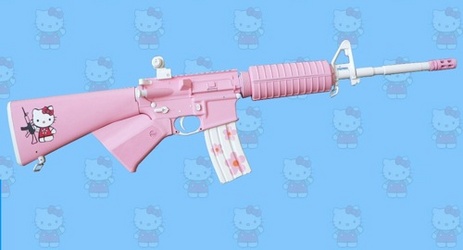 In the U.S., the problem is clear.  Guns pervade into every corner of every life, and now the choice is ours.  We either drop our stupid biases and begin forging a new world that allows safe and responsible gun ownership, ban all such weapons altogether, or just live with the results of doing nothing.  Personally, I believe nothing short of Michael Rennie whirring down from the sky and releasing a herd of “Gorts” on this nation is going to change gun violence soon.  We can let the shooting begin, or we can learn to live together without butchering each other.  Until then, “Klaatu barada nikto . . . ”