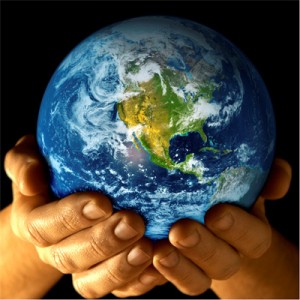 Feel better?  Yes, everything is going green these days!  Food, electronics, transportation, construction, and just about everything in plain everyday living!  My big question is, “What color are we now?”  I mean, if we’re going green, there must be  some part of the visible light spectrum we’re moving from now, right?  Brown, blue, red?  And were we ever green?  Did we go from green to brown and are now attempting to go green again?  How did we get away from green, if we truly did, and why must we “go green” again?

There’s a lot of talk about “going green” to save the planet.  Green is the magic electromagnetic wavelength for planet salvation.  From what or whom are we saving the planet?  What does it mean to save a planet?  So many questions!  So many stupid answers!  I think the National Association of Realtors puts it succinctly–  its good for the environment, your wallet, and your health.  Well, there you go!  If a realtor says it’s good, what more does a mortal earthling need?  Even politicians are jumping on board. Al Gore is quoted as saying, “We sometimes emphasize the danger in a crisis without focusing on the opportunities that are there.”  I don’t know what the hell that means, but, boy, it sure sounds green!  To help save the planet and “go green,” people are urged to eat organic foods, buy CFR lamps, walk more, bike often, recycle, and use solar and wind power, to name a few.  People are even urged to calculate their carbon footprint. Never mind these are the same folks who can’t complete a loan application or balance a checkbook! 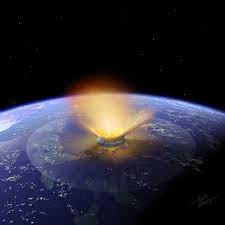 Time for some practical advice . . . live your life your way and stop trying to feel good about the planet.  The planet doesn’t give a damn about you.  Four and a half billion years ago, when the earth was a ball of hot gases and molten magma, it didn’t care that humans would eventually arrive.  Mother Earth never implemented an emergency management plan when a large meteor hit the planet’s surface.  The earth doesn’t care.  We humans catalog hundreds of events throughout the earth’s history and call them “catastrophes.”  Catastrophic to whom?  The answer . . . humans.  Probably the biggest catastrophe this big piece of rock suffered was the advent of homo sapiens, a species that clearly demonstrates it is the most dangerous creature ever to evolve on earth and is capable of destroying the very habitat that supports its existence.  A rather stupid species, indeed.  When we are gone, the planet will survive for at least for about another 5 billion years.

So when a realtor, or anyone else, tells you “green” is good for the environment, your 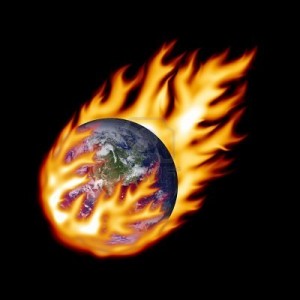 wallet, and your health, ask “Whose?”  As for a “green” planet, since the earth’s is covered with oceans, we earthlings might be prudent in picking out a different color for our precious, if uncaring, little planet.  I’m thinking of something in a shade of blue; maybe add a few flames.  And you’ll get no argument from the earth.  It really doesn’t care.  It’s better off without us.