I used the word “gee willickers” in a recent article and when read by my daughter, she 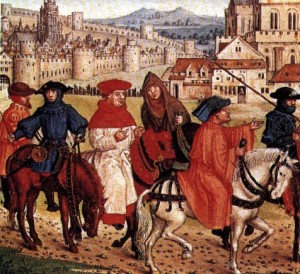 suggested I remove the word, as members of her generation (poor old girl is turning 30 this year!) wouldn’t understand the meaning or significance.  I heeded her suggestion and substituted with a little less vintage word, but I thought to myself, when did we get so dumb?  Why do we forget or abandon words that are not archaic at all, just a little old-fashioned.  Now I’m not critical of folks who can’t read Middle English from the twelfth century as the writings from that period are pretty heady stuff.  The first few lines of the prologue from Chaucer’s Canterbury Tales demonstrates:

Whan that Aprill, with his shoures soote the droghte of March hath perced to the roote and bathed every veyne in swich licour, of which vertu engendred ins the flour; whan Zephirus eek with his sweete breeth inspired hath in every holt and heeth, the tender croppes, . . .

That’s archaic!  And that’s easy reading compared to scripts in Old English!  Most English scholars believe that in another 700 years, the English we speak and write today will be as foreign to our ancestors as Old English today.  Personally, I don’t adhere to that type of wishful thinking, and while today’s English or American will certainly be different, I believe that today’s standardization of languages will allow whatever is spoken today to be intelligible seven centuries from now.

Apparently, some words will not stand the test of time.  Incantations, curse words and exclamations such as gee willickers, ninnyhammer, poppycock, balderdash, zounds and gadzooks are among those doomed to extinction. Granted, these words were outside of the realm of regular speech during their heyday (oops, another vintage term!) and as mild and tame as they seem today, some of them were considered “bad words” years ago.  For example, “Gee willickers” is an extension of the term “gee” which is a euphemism of “jesus.”  Usage of gee willickers probably reached its peak in the 1950’s and while not a swear word, the use of it raised some eyebrows from some highbrows back in Beaver’s day.  Why?  Well, some thought it a sneaky way to take Lord’s name in vain.    In fact, words such as gee, gosh and golly were all considered replacements for the curse “God!”  even though the they sound more like a trio of Japanese geisha girls.  Damn, things really changed since then!

I remember waiting for a fraternity brother in his room and when he arrived, he realized he left a textbook in the kitchen that we needed to study.  “Fiddlesticks!” he remarked.  I looked at him and started laughing.  He looked at me, started laughing and asked why I was laughing.  I said, “I haven’t heard anybody use fiddlesticks in years . . . if ever.  Where in the hell are you from?”  “New England!  Why?” was the answer.  That explained it, I thought.

“Fiddlesticks” is a replacement for the word “fuck” and while I’m not totally insensitive to people’s feelings, I’m not sure “fiddlesticks” cuts the mustard, so to speak, as a substitute for “fuck,” but keep in mind that it was equivalent to a bad, bad word at the turn of the twentieth century.  I believe a good swear word should be kept to four letters, because it’s easy to remember, doesn’t require a lot of lung power, and rolls off the tongue so well.  Four letter words work so well for young or old, sick or healthy.  And it’s considerate to others listening to the rants and raves of those “salty” talkers we all know and love.  Why 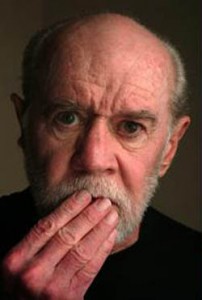 settle for a long winded euphemism such as “fiddlesticks” when a hardy “Fuck you!” does the trick.  Anything else is just a bunch of balderdash!

This entry was posted in It's part of the language! and tagged curse, cussing, four letters, literature, Old English, outdated, swear, words. Bookmark the permalink.