On the Road Again!!!

It’s the new politics. It’s the “let’s roll up our sleeves and get down 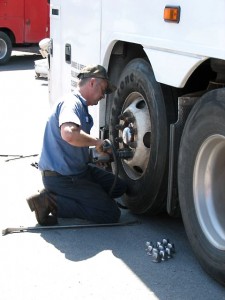 to business” look. It’s the casual craving, the distrust of the established Philadelphia conservative dress code that is the staple of winning elections and job interviews since the 1940’s. He’s the antithesis of stale as he sheds his sports coat, steps behind the podium and focuses on his target. He’s ready to win, whether it’s an upcoming election or propelling a new career. He winks and says, “Let’s get a few things off the table. Everybody knows by now, probably, that I grew up in Boston. But, Mr. Pegula, I’ve been a Sabres fan since the day I came out of the womb.” Huh? I think I wandered into the wrong auditorium.

This isn’t a political candidate! He’s not even looking for a job! He’s got one . . . as a football coach! Penn State University decided that new hire, Bill O’Brien, needed to hoist anchor and ply the East Coast in a bus like some deranged politician begging for votes. For three weeks and eighteen stops, from Richmond to Buffalo, a big fuel munching bus carried O’Brien’s ex-Patriot ass on a “touchy feely” roundup for a big East Coast group hug for Penn State alums. What next? A lifetime supply of Crayolas for PSU grads?

Of course, Penn State grads and undergrads aren’t celebrating much these days after the 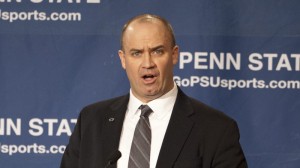 death of beloved Joe Pa and the ongoing investigation into Assistant Coach Jerry Sandusky’s horseplay shower scenes, but wouldn’t just naming Bill O’Brien as head coach nip group counseling in the bud? After all, he’s a football coach!  And just because Penguins owner, Terry Pegula, donated 88 million to fund the new ice arena is no reason to spend half of that on gas, but . . . Penn State traditionally never skimps on its football program.  Not by a long shot! 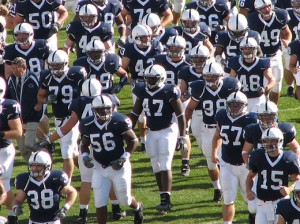 I need not single out Penn State as a big spender in college football, as they don’t even crack the big budget top ten list, an illustrious list that powerhouse teams seem to treat with equal importance as the season rankings.  Ohio State and the University of Alabama, both state schools, spend more than 31 million dollars for their football programs.  Notable Notre Dame, Alburn, and LSU, spend 29 million, 27 million, and 25 million, respectively.  Penn State’s pauper budget is only 20 million per year.

I played high school and college football and it pains me whenever a collegiate football program is completely cut from the budget, no matter what the reason.  I believe it is a grand and glorious part of college life and it’s expensive.  Granted, most of football programs produce two to three dollars profit for every dollar spent, but when does football become too big?  When does a college or university stop reaching for a reputation of academic excellence and start beating its chest as a bastion of football?  Many schools with great football programs are well known for high academic standards.  Others would be advertising for students without a famous team.

Perhaps when celebrity overshadows the job at hand, enough is enough.  Perhaps when 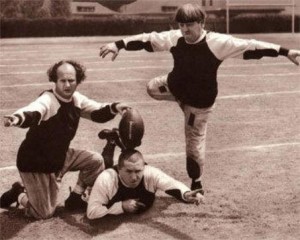 coaches are whisked around the countryside like bloated politicians, football is the butt of a tremendously expensive practical joke.  Perhaps.  In the words of Coach O’Brien,  “. . . this has been a good trip. Eighteen stops in 17 days, that’s pretty impressive . . .”  Let’s see if the season is as impressive as the bus trip.