Don’t Tread on Me!

Throughout history, nothing stirs emotion like pieces of cloth sewn 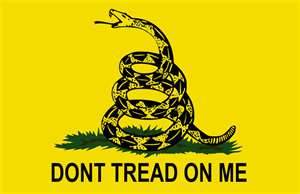 together as a flag.  The idea of flags began on ancient battlefields where soldiers bore these colorful symbols on poles to mark the position of armies and their leaders.  Over hundreds, even thousands of years, the very fabric of a flag became sacred, representing strength, honor, and recognition of armies, territories,  even nations themselves.  Today, to disrespect a nation’s flag can result in protests, riots, or even a call for war.  Knowing this, one might think that in a civilized society, organized groups would take great care when displaying a flag . . . especially one so revered as the star-spangled banner of the United States.  Leave it to politics to break the rules.

In an effort to match the whacky pageantry that is the Republican primary, the Lake County, Florida Democratic Party decided to deface the nation’s flag . . . or at least put a face on the flag.  The only thing that changes on the United States flag throughout its history is the blue field of stars.  Each star represents a state, of course, and as states are added, stars are added, making Old Glory dynamic.  The last time this occurred, Hawaii and Alaska were added to the Union during the Eisenhower Administration.  That’s two (2) stars under a 5-star general.  The Democrats in Lake County thought one star would do, and pasted the blue field with the countenance of President Obama. 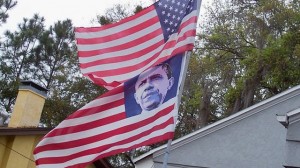 Holy Hanging Chad, Batman!  What were they thinking!?  The flag flew for weeks before any naysayers really noticed or voiced displeasure.  Finally, the veterans spoke up!  The Orlando Sentinel quoted retired Marine John Masterjohn as saying, “It’s a cult of personality to show his face, like Stalin or Mao . . . It’s despicable. They don’t realize how sick they are.”  If you fought in a war for the United States, the emphasis of all your physical conditioning, mental training, and combat training was protection of the flag and what it stands for.  You would be upset, too! 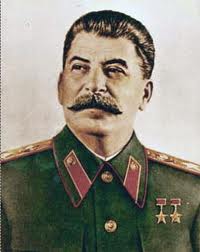 Now, while I don’t categorize the Lake County Democrats as sick, I do think they’re stupid.  It was a dumb thing to do, and if you’re keeping score, the Democrats and Republicans are just about even in the idiot department.  However, the conservatives strike back!  A friend let me know that “Obama is letting the Indians kill bald eagles!”  Sure enough, when I checked the Fox News Headlines there it was . . . “Wyoming tribe gets OK to kill eagles!”  The story is that the Northern Arapaho native Americans need a permit to sacrifice two (2) bald eagles for religious purposes.  I wonder how and by whom the birds will be killed.  Since the Northern Arapahos no longer need to hunt for food, I’m sure the hunting skill of their honored warriors is diminished.  Perhaps they might enlist the aid of a white guy . . .  someone like Dick Cheney!  I heard he’s a crack shot!

And the Republicans take the lead!!!