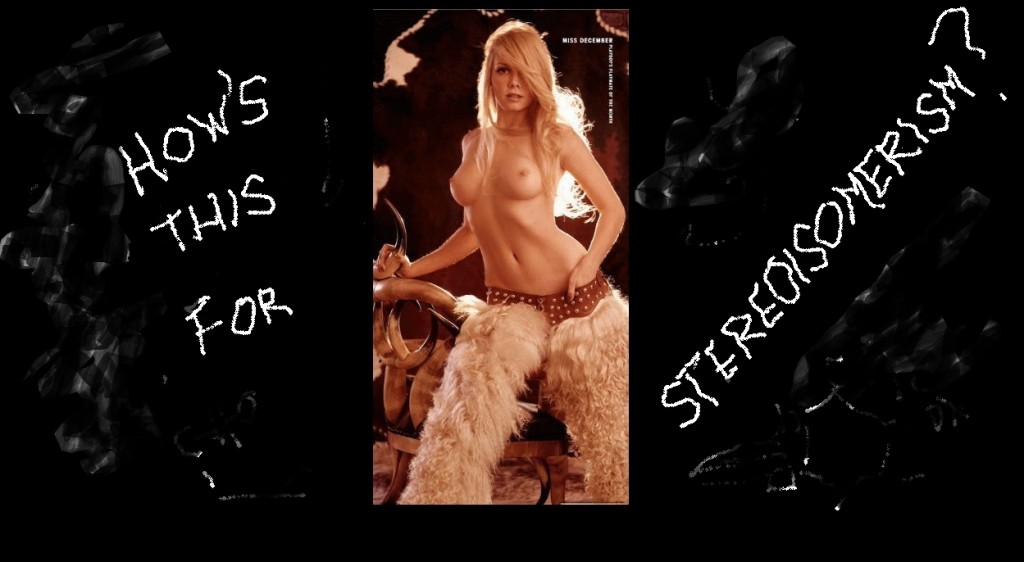 There she was . . . Miss December 1972 in all her glory, the words “How’s this for stereoisomerism” scrawled around the centerfold!  Heindel stared at the board for about thirty seconds puffing his cigar during the deafening silence.  Finally, he raised his hand to his mouth, plucked the cigar from his lips, turned to the class waving his cigar toward the board and said, “That’s a helluva good example!”  Riotous laughter ensued and Heindel continued, “You know, that’s probably the only damn thing you’ll remember in this class.”  He was right!