To Thine Own Self Be True! 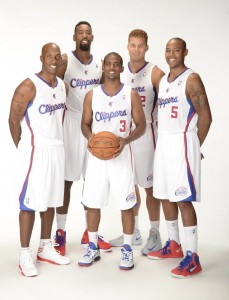 Clippers game any time soon.  Los Angeles Clippers owner, for now, Donald Sterling and I also appear to share something–   neither of us likes Magic Johnson.  Not for the same reasons, however.  Although Mr. Johnson is a fantastic basketball player, I find him reprehensible as an athlete.  Why?  Because I feel that athleticism and sportsmanship are qualities that you don’t leave on the playing field, court, or diamond.  When Mr. Johnson contracted aids through one of his many sexual partners and endangered the health of his pregnant wife, Cookie, he ceased being anything that is good or applaudable in sports.  An athlete he is not.

Donald Sterling’s problem with Magic Johnson?  I’m not sure.  After listening to the infamous “unverified” audio tape released by TMZ, I’m more confused than ever.  In a private conversation, Donald Sterling told then girlfriend, V. Stiviano, that he was upset over an Instagram posted showing her with Magic Johnson.  The whole sports world and the National Basketball Association deems the taped conservation a racist rant and wants Sterling out as the team’s owner.  By what authority, I can only imagine.  However, it’s clear that being taped by your ex-friend while telling her you’d rather not see her in public with blacks, and who you are now suing for embezzling $1.8 million dollars from you, resulting in her saying she’ll “get even,” is a bigger crime than screwing a bunch of whores with STD’s, thus endangering your wife and unborn child.  Do the math:

Now, put aside for a moment, that the taped conversation sounded more like an interrogation, was almost studio quality and that Sterling said Magic Johnson should be admired, that Stiviano could hang with blacks, bring them “in,” or sleep with them, which, by the way, confuses the hell out of me, let’s assume that Sterling really, really thinks blacks are inferior in some way.  This qualifies him as a full-blown racist.

Black athletes certainly don’t want to work for a racist team owner, and I’m sure many whites prefer not to play or associate with any sports team owned, operated, or coached by bigots.  But, with the enormous salaries involved, I really can’t blame someone of any color for playing the game under the direction or ownership of morally bankrupt people.

The top three players for the LA Clippers are paid approximately $11 million to $20 million each.  Considering the Clippers play 82 games per season, a twenty million dollar salary is almost a quarter of a million dollars per game.  This is a big incentive to not piss off the boss, but in this case, no one could blame a black man for quitting a team owned by a racist.

The players didn’t quit the Clippers.  They didn’t even boycott one game.  They staged a silent protest. During the team warmup, they removed their warmup shirts showing the red Clippers T-shirts inside out! After the warmup, of course, they played the game in their regular uniforms– a game which they lost.  Wow!  Shades of the sixties racial riots!  What a protest!  That’ll show old Donald Sterling!

They didn’t walk off the team, they didn’t skip a game or two, they didn’t engage in a sit down strike or give back some the racist’s money–  they turned their T-shirts inside out, careful not to jeopardize those million dollar salaries.  Way to go, guys, to thine own self be true.

This entry was posted in Celebrity and Fame, It's part of the language!, Law and our society!, Real life, Ripped from the headlines, Television and tagged basketball, bigotry, ESPN, NBA, protest, sports news. Bookmark the permalink.
9015525e78d32ccf85b0c6a7683ec3f0-332