I’m Sorry! That’s What I Meant to Say!

She was very pleasant on the phone!  Her smile and courtesy reflected in her voice as she 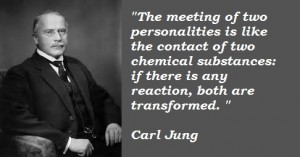 sweetly explained the whole procedure to a customer.  Then young receptionist said, “You’re quite welcome!” in response to an obvious hearty “thank you” from the customer.  As she reached out to hang up the phone, she began to grimace.  It then tightened into a scowl as the phone grew ever closer to its cradle.  When the receiver was two inches from the phone, she slammed it into place and growled, “Die, you ungrateful bitch!”  She looked up to see me smiling at her from the customer window.  She smiled back and said, “Oh, I’m sorry!  That’s what I meant to say!”

There’s a little evil in all of us– all of us that matter, that is!  Those with no inner evil, if they do exist, don’t last very long.  No matter how sweet, dainty or cute, there’s a little bit of the Incredible Hulk ready to peek out once we hit the breaking point.  It’s the part of us that is politically incorrect and keeps our scoured souls alive and well.  But is it a good idea to speak your mind?  Is it necessarily evil or just rude and stupid?

Mostly, it’s a matter of communication; a sort of a time and a place dilemma.  In the example of the young lady above, her rude thoughts could never be heard by the customer without the risk of losing her job. It wasn’t the time or place.  Saying the right thing to keep your job is called “posturing.”  Posturing in this case is behaving in a way that impresses or deceives someone.  In statu quo, as it were, requires a well-developed posturing personality, while your actual personality is in check.

Children do not posture well.  They tend to say what they’re thinking and they behave, well, like children.  The older you get, the better you posture.  The better you posture, the more successful you are in life.  Most strife in the world is caused by what is adeptly stated by “The Captain” in the movie Cool Hand Luke, “What we have here is a failure to communicate!”

One of the first steps in determining how people communicate is determining personality types.   In his book, Psychological Types, Carl Gustav Jung theorized that humans experience the world by four functions: sensation, intuition, feeling, and thinking.  Jung believed in two pairs of psychological functions.  One he describes as the “rational,” or judging functions, thinking and feeling, and the other pair as the “irrational,” or perceiving functions, sensation and intuition.

A mother and daughter team, Katharine Cook Briggs and Isabel Briggs Myers, studied Jung’s work extensively and developed the personality inventory known as the Myers-Briggs Type Indicator (MBTI).  Originally developed to determine what jobs were suitable for women during World War II, Meyers and Briggs expanded the theory to include four sets of dichotomous preferences: extroversion (E), sensing (S), thinking (T), judgment (J) versus introversion (I), intuition (N), feeling (F), perception (P).  None of these characteristics are considered bad or good, but are used to determine what type of behavior is likely if, say, a person was more extroverted, sensing, thinking and judgmental (ESTJ) than a person who tended to be introverted, intuitive, feeling and perceptive (INFP).  Such characteristics can be tested as demonstrated by the link below:

Take the personality test yourself!

Once preferences are tested and decided, it is much easier to determine how people 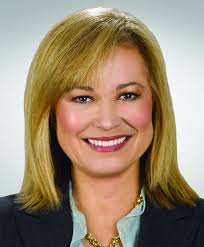 communicate and, more importantly, how people do not communicate.  More often than not, people don’t like each other nor understand each other merely because people say the same thing a different way.  One example involves a news reporter from Philadelphia, Monica Malpass, who, while interviewing the fire chief in Allentown, PA, was visibly appalled when he stated that “it was luck that only three people died” in a retirement home fire.  The chief was a practical thinking, judgmental extrovert.  The slightly introverted, compassionate, feeling reporter continued her report based on her viewpoint that 68 residents were saved.  You can be sure that the thick-skinned fire chief was not at all offended by her characterization of the event.

Of course, once you are branded a certain personality type, that’s not the end of the story.  If you answer the test questions honestly, this indicates your actual personality type, or what you would think and say with a couple of friends over a few beers.  Like the young receptionist at the beginning of this story, we all have two personality types–  the actual and the postured.  Hopefully, you behave differently at the office or during an interview than you do at the bar.  This requires a little more extensive testing, and very few folks end up with the same personality type in both casual and formal settings.  My actual personality type is extroverted, sensing, thinking, judgmental.  My posturing 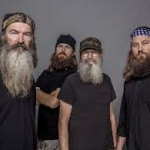 personality type is extroverted, sensing, thinking, perceiving.  Apparently, I’m overbearing, but I can fool some of the people some of the time.  There are folks that can’t posture at all, but I think they’re on Duck Dynasty.  Oops!  I’m sorry!  That’s what I meant to say!