“For the want of a nail, a shoe was lost. 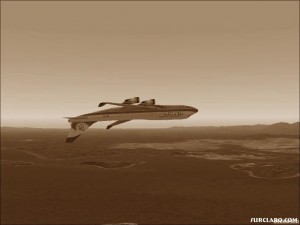 For the want of shoe, a horse was lost.

For the want of a horse, a rider was lost.

For the want of a rider, a message was lost.

For the want of a message, a battle was lost.

For the want of a battle, a war was lost.

For the want of a war, a kingdom was lost.

All for the want of a nail!”

As depicted in this old nursery rhyme, small things can have dire consequences.  Usually the consequences in real life are sad, but none are sadder than those which result in airline tragedies.  Often such disasters are caused by a series of unfortunate events or coincidental happenings, but rarely, the reason is so simple, so asinine, that we wretch to think that so many lives were lost for such stupidity. The following two famous air crashes fall squarely in that arena.

On December 29, 1972, Eastern Air Lines Flight 401 was approaching Miami International Airport shortly before midnight.  Captain Robert Loft was working the radio as First Officer Albert Stockstill lowered the landing gear and lined up the wide-body aircraft, a Lockheed L-1011-1 Tristar, with runway Nine Left.  A routine flight was about the go tragically awry.  First, co-pilot Stockstill noticed that the nose landing gear “locked” light was not on.  Captain Loft asked the tower to put the plane in a holding pattern until the crew could confirm the landing gear was locked and safe.  The tower radioed the information to the cockpit and ordered Loft to maintain “two-zero-zero,” or 2000 feet of altitude.  Once the plane reached 2000 feet, Loft ordered Stockstill to engage the autopilot, while he and the first officer pried the lens off the landing gear light and tried to pry out the bulb.  While they were working on this project, the Captain turned in his seat and told 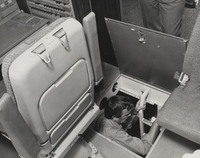 the second officer, Don Repo, to go down into the “hell hole” to confirm whether the gear was locked.  Repo, who was acting as flight engineer, lifted the scuttle cover in the cabin floor that led to the avionics bay to view the nose gear.

As Captain Loft turned to tell Don Repo to check the landing gear, he bumped the “yoke,” or steering wheel of the plane, causing the autopilot to disengage.  The huge Lockheed L-1011-1 Tristar began a slow, undetectable descent towards the Everglades while the flight crew struggled to see if a $12.00 light bulb failed.  After the crew removed the bulbs and replaced them, the fixture was inadvertently jammed in sideways and the bulbs remained lifeless.  Dan Repo climbed into the avionics bay two more times, but could not see if the locking mechanism for the nose gear was aligned.  During the confusion, a low altitude chime fell on deaf ears.  Minutes later, the first wide-body airline crash was history as the left wingtip of the Tristar dipped into the Everglades.  Ninety-nine of 163 passengers and crew were killed.  The subsequent investigation revealed that the nose gear bulbs were faulty and the nose gear was, indeed, locked in place.

Birgenair Flight 301 was destined to Frankfurt, Germany when it left Puerto Plata in the Dominican Republic, just before midnight, on February 6, 1996.  The plane was a state-of-the-art Boeing 757-225 and was this was its first flight in 25 days.  The pilot, Ahmet Erdem, and the first officer, Aykut Gergin, powered up the airliner with less than a minute to determine whether to “rotate” the huge jet into the sky or abort the flight.  Literally, a few cobwebs still lingered on the giant Boeing 757 after a 25 day hiatus.

When a jetliner rolls down the runway during takeoff, the pilot or copilot “calls out” the 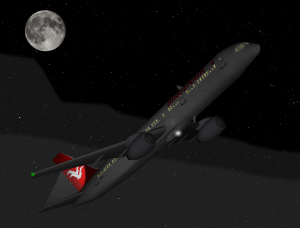 speed to determine if the instruments are synchronized and when to apply back pressure to the yoke or stick to lift the jet’s nose off the ground.  First officer Gergin called out the first reading of 80 knots, but Pilot Erdem’s gauge read about 40 knots.  The disparity of the gauges usually results in a aborted flight, but Erdem decided to take off.  Once the plane was airborne and about 4000 feet in the air, Erdem’s gauge began reading an overspeed condition.  His flight gauge read 350 knots and accelerating.  First officer Gergin’s gauges read much less, about 220 knots, but as overspeed warning signals went off, the pilot reduced speed based on his readings.  As the plane slowed, the nose rose and the yoke shook violently in a “stick-shaker stall” alert designed to warn a pilot of an impending stall.  Gergin’s gauge read 200 knots and decreasing, while the pilot’s was 360 knots and climbing.  Finally, after the airliner was pitched sixty degrees or more nose up, Gergin tried to increase speed to level the plane, but there was not enough air feeding the engines at such a slow speed.  The left engine flamed out and, in less than 5 minutes after take off, the jet plummeted in the Carribbean killing all 189 persons aboard.

Investigators believe that a simple blocked pitot tube brought down the 100 ton airliner.  The pitot tubes are little open ended pipes mounted on the side of the plane that capture passing air and the pressure developed from the speed of the plane is converted into nautical miles per hour, or knots. During the period that the Boeing jet sat at the airport, it’s believed that a small dauber mud wasp built a nest in the pilot’s pitot tube, almost sealing the tube from outside air.  This is why Gergin’s reading was low while the first officer’s gauge was higher and correct.  As the plane soared down the runway, the tube was not getting the full force of the wind passing over it.  And the high readings when the airliner was ascending?  The air already trapped in the tube expanded as the pressure dropped outside causing the gauge to read an excessive, if faulty, air speed.

Although such events are rare, it is extremely disquieting to know that it takes hundreds of people to keep these monsters of the sky way afloat and that a $12.00 light fixture or a mud wasp can bring them down.  So next time you’re about to board a flight, remember . . . you gotta believe!