Religion is a fickle mistress.  Many religions dictate the lives of their constituents, indeed, 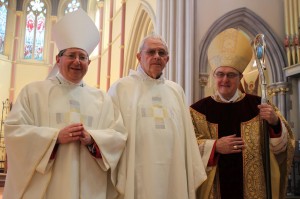 many are consumed by their religions.  Religion is based on faith allowing their practitioners to indulge in little facts and to worship a myriad of invisible beings of various forms from human to animal.  But, be you a Catholic, Jew, Muslim, Satanist or Atheist, how religion affects your daily life is the important issue for you.  Some choose to ignore most of the rules or traditions of their creed to which I assign the adjective closet. A closet Jew or closet Catholic is someone who pronounces a religion, but fails to adhere to all the rules.  And, for every closet Jew or Catholic, there is a dozen devout  Jews or Catholics who won’t break the rules come Hell or high water . . . well, maybe for Hell, but you get the idea. 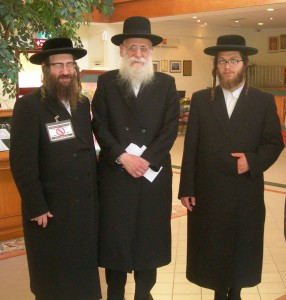 With this in mind, I thought it might be fun to compare one of the largest religions in the world, Catholicism, to one of the smallest, Judaism.  The seed for this idea was inspired by a conversation with a Jewish friend of mine, a closet Jew if you will, when he asked, “Don’t you find the Catholics a bit . . . clannish?” After I stopped laughing like Hell (ouch!), I looked at him a said, “Boy! A Jew calling the Catholics clannish!  I love it!”  What I’ve learned about both religions over the years, however, reinforces my Jewish friend’s viewpoint.

Jews are one of the few lucky folks born into their faith.  Of course, their are a few rules that make you a 100% bonafide Jew, not the least being that you’re not really a Jew unless you mother is Jewish.  Long before America’s quest for political correctness and long before Gloria Steinem, Jewish men were kicked to the curb regarding birthrights.  Billy Joel is not really a Jew under this rule.

Catholics only think they are born Catholic, probably due to the Catholic matriarchal system.  Catholic mothers make sure that you believe in Christ, God, the Holy Spirit and your birthright as a Catholic.  In some ways this is similar to the Jews.  Anyone can observe that the Catholics are much flashier that the Jews.  This is apparent when you view the appearance of the clergy, or holy men, involved.  Catholics are adorned with beautiful garb, while Jewish clergy are drab by comparison.  Both enjoy nice buildings in which to worship, but again, the Catholics easily edge out the Jews with their magnificent cathedrals around the world.  Synagogues may be located anywhere, from the YMCA basement to a small building in a rural field.  Rabbis are not particular where they teach their flock.  The Jews are not interested in rank or grade, either, but the Catholics love the militaristic regimen of cardinals, bishops, priests, deacons and the pope.  Some of these are subdivided into a literal tongue-twisting hierarchy of nomenclature nightmares, such as “diocesan bishop,” “metropolitan,” “ordinaries,” “presbyterate,” “pastor,” and “parochial vicar.”

While the Jews have no centrally organized hierarchy, they do have some snazzy names for the functionaries responsible for some of the day-to-day activities, like rabbis, chazzans, gabbais, kohanim (priests), Levites, rebbes and tzaddiks.  This collection of Monty Pythonesque titles is a good reason not to indulge in a lot of fanfare.

There are a lot of rules for Catholics, where Jews have traditions.  And the higher ups in the Catholic Church can change the rules, for instance, when a cardinal in Philadelphia wouldn’t allow Catholics to indulge in the traditional corned beef and cabbage Saint Patrick’s Day meal on Friday, the devout climbed into their cars, headed across the river to the Camden diocese where the good cardinal said “yea!” to the consumption of fat-laced, salted beef.  So, the “no meat of Friday” rule may be circumvented if it’s really, really, really important, which can be as simple as tough beef and green beer.

Jewish traditions are more family-oriented and it’s easier to adhere or not adhere to a tradition.  It’s not a sin for Jews to say, “Hell with it!  I’m just not going to do this today!”  In Catholicism, it’s a mortal sin.  Those who criticize both religions claim that Jews are more worldly than Catholics, and that Catholics are more “uptight” than Jews.  Reasons for this may be found in other differences like the Jews don’t believe in Heaven, don’t seek converts and permit a wide range of alcoholic beverages.

If you are a religious person, no matter to what religion you adhere, it takes a lot of time and effort.  And don’t forget about the money– all gods and/or other omnipresent beings need a lot of money, because religion is a fickle mistress!