Truth, Justice and the American Way 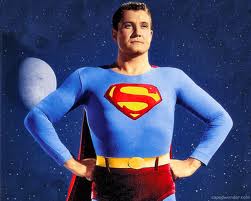 menticide or thought reform, it all adds up to pretty much the same thing.  If you want someone else to believe in something, to use your product or to buy whatever it is you’re selling, you advertise.  It is particularly effective in merchandising, politics, and law, but a new type of advertising is evolving as news and information is beamed to our fingertips from around the world in seconds– social advertising!

Advertising need not be flashy to be effective.  When George Reeves put his fists on his hips in the opening of the 1950’s TV series The Adventures of Superman! and announcer Willard (Bill) Kennedy spoke these immortal words,”(he) fights a never-ending battle for truth, justice and the American way,” everyone at home knew that truth and justice were certainly synonymous with the American way.  That’s just good advertising and no one can accuse producer Robert Lippert of being flashy when he poses a chunky middle-aged man in front of a camera wearing tights and granny pants. 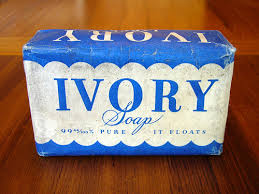 In a stroke of genius, Procter and Gamble strung together what was supposedly two advertising slogans for their brilliant campaign, “It’s 99 44/100ths percent pure!  It floats!”  They repeated this message so often that we were led to believe that because it was pure, it floated.  The truth of the matter was that it floated because it was “soft-milled,” a process that injected air into the soap making it lighter than water.   It used less soap, which is why Procter and Gamble could sell four bars for the price of three bars of its competitors soap.  On the other hand, shit floats because it is pure shit.

Now, the social advertising scheme is in full swing.  What is social advertising?  It is the flood of information pouring in and out of hand-held devices to get you to think, buy and act a certain way.  Lately, the justice system is being hoisted by its own petard regarding the Zimmerman trial.  Social media are firmly split into two groups, those who believe Travon Martin was unjustly gunned down, and those who believe that George Zimmerman was right in killing the young man.  Now these groups are expressing their beliefs for all to read– in essence, advertising their opinions attempting to sway you and I into their way of thinking.

Before personal mass media, this was nothing new in the justice system.  Lawyer and writer Lawrence B. Fox considered this observation in his book, “There Is No Justice, Just Court Costs,” when he wrote that two types of people leave a courtroom– the first group are happy, smiling folks exalting the wheels of justice when they win and the second group are grimacing, sad-faced individuals spitting out epithets such as “It’s not fair!” and “There is no justice!” After leaving the courthouse, these cheers and jeers died away, never to be heard again, but if it were a major trial, some press coverage might be reviewed at the water cooler for the next few days.  Today, with little provocation, any trial can become a national campaign.

And so it is with the George Zimmerman/Travon Martin issue.  Throngs gather in the streets demanding justice and investigations.  This is wrong.  We weren’t there.  We can render an opinion, but it should stop there.  None of us were at the scene of the crime, nor did we listen to the testimony presented to the jury.  We have no right to act on issues we know nothing about.  What we are doing as a society is advertising a massive and infectious disrespect for justice.  Justice is not right or wrong, but simply a tool.  Like all tools, it can break and whether that was an issue here remains to be seen.  What is apparent is the lack of competent representation for the prosecution, particularly in California.  When O.J. Simpson was on trial, prosecutor Marcia Clark couldn’t convict O.J. for a weed violation with the evidence presented.  The rush to judgement must end because due process takes time.  Even though he was not convicted, O.J. is suffering for the rest of his life, and this, too, seems to be the plight for Zimmerman.  This is justice, right or wrong.  And we must respect that whether we feel justified or not.  And if all else fails, close the door, relax and turn on an episode of The Adventures of Superman!

This entry was posted in Celebrity and Fame, Law and our society!, Politics, Real life, Ripped from the headlines and tagged law, lawyer, legal, Man of Steel, murder, Superman. Bookmark the permalink.
e525f6d5ba4173ff977c8cc1b763cfc7-332