Philly to English; English to Philly! 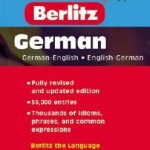 courses teaching people to speak languages other than their own.  When I studied German in high school and college, I made it a point to tuck a pocket-sized Berlitz:  German to English/English to German Dictionary somewhere in my books or on my body.  Berlitz was a brilliant guy (graduated Yale magna cum laude)  and spoke about 8 languages fluently before he was thirteen.  Berlitz did miss one important factor regarding language and that was the accents.  Not everyone in every country really speaks the language the same way.  In fact, in some countries, citizens of one city can hardly communicate with folks in another city.  The cities of Munich (München) and Cologne (Köln) are an example, where deutcher and deutcherin must listen to each other carefully to be understood.

Some of these differences in speech throughout the world are so pronounced that they border on being dialects, and because of its sheer size, accents within the United States seem to be the most numerous and humorous.  Accents are defined as pronouncing certain words with shared characteristics within a certain locality.  England, of course, doesn’t recognize anything spoken in the United States as English, calls it American, and considers it a crude dialect, at best.  The denizens of New England, who recognize no one, cannot pronounce anything with a “a” or “r,” but whether it’s English, American English, or an English dialect, there are some entertaining accents that are difficult to fathom to the casual listener.  If you’re a foreign traveler in the states of New England, Texas, Georgia or Tennessee, you might find yourself scratching your head as to why you’re little language dictionary is coming up short when you listen to the local inhabitants.  Other areas of the country don’t get as much attention regarding accents like, Southern California, Michigan, New York and Philadelphia.  Philadelphia?  Yes, Philadelphia, the land with one the the most annoying accents in the country.  And they are not getting the credit they deserve.

Philadelphians and the folks in the geographic attachment called “South Jersey,” are easily identified by the fact that they are from “Philly” or “South Jersey,” not Philadelphia or Southern New Jersey.  When they do say “Philadelphia,” they tend to swallow the ells (L’s), skip an “a” and say “Fil del fia.”  Southern New Jersey citizens are from “Sowth Jurzee.”  And no one from New Jersey says “Joissee.”  This is a dialect created by the bastardization of the Brooklyn New York accent and is widely publicized in TV and movies characterizations implying that all Mafia members talk like this.  Trust me, all organized crime members I’ve met in New Jersey speak Philly.

The secret of speaking like a “Philly Delphian” is to pull the tongue back and away from the roof of mouth when speaking certain sounds, like “d” and “l” which allows you to literally swallow the sound and not project it, or eliminate it altogether.  To complete the accent, you must not enunciate, but speak as if you are practicing ventriloquism, keeping your lips close together.   The word Saturday is a good example.  First, the day part of the word is pronounced “dee,”  so the days of the week are Mondee, Tuesdee, Wednesdee and so on, but Saturday is special.  Pronounced “Saa-er-dee” it is the pinnacle of the Sowth Jursey/Philly accent.  Any “o” or “ow” sound at the end of a work is simply reduced to a grunting short “a,” like “winda,” “yella,” and the ever popular Jersey “tomata.”  Ironically, any “o” or “a” near the beginning of the word, like crab, Coke, or, dare I mention, hoagie, is conversely pronounced with a long “o” or “a.”

Now, being able to speak any kind of English or American without opening your mouth or allowing your tongue to not touch your upper palate is a tribute to the strength of the throat muscles of Philly folks and their surrounding neighborhoods. But this is no surprise if you watch a local denizen eat a Gino’s cheese steak while guzzling copious amounts of beer. Such a diet of sticky, slippery fatty foods are excellent practice. The video below is a fair representation of the South Jersey/ Philly accent. Pay particular attention to the pronunciation of hoagie, water and out.


As you can see, Berlitz missed a great opportunity to expand his language business by not printing dialect and accent conversion dictionaries.  A few of the words that would appear in the Philly to English, English to Philly handbook are as follows:

And remember, if it sounds at all like a New York accent, it’s phonier than a New York City cheese steak. It’s not genuine Philly!