When you’re late for a party, walk in and find everyone well on his or her way to being 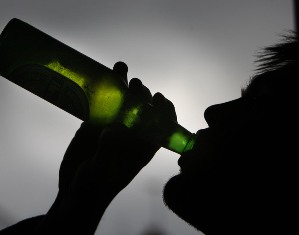 drunk, it’s not much fun.  It’s still fun for them, but being sober when everyone else is drinking is a disadvantage.  First, everyone is acting in a ridiculous fashion, or so you think, because you are a temporary teetotaler in control of your faculties.  Second, playing “catch-up” in the drinking world isn’t fun, either, unless you’re still in college and play“drink-one-beer-every-twenty-minutes” for the rest of the evening, which is just part of the charm of higher education.  And lastly, drunk people are irritating as hell when you’re sober.

Songwriter and singer, Pink, found out the hard way when she hosted a party at her home where everyone was drinking but her.  She wanted everyone to leave, but her guests, being drunk of course, wanted to stay.  In frustration, she headed out to the beach with the words, “Why do I feel so good sober!” stuck in her head, inspiring her hit tune, “Sober,”which sold about 3 or 4 million copies to date.  Drunk or sober, anyone would feel good about that.  I’m thinking of hosting a party were I don’t drink.

Partying and drinking are not what they used to be these days.  In the 1950’s and 1960’s, visiting friends and colleagues for dinner parties included throwing back a few cocktails, and weekend picnics and barbeques always included plenty of cold beer and wine.  Afterwards, the inebriated guests would pile into their cars and drive themselves home because they were too drunk to walk.  And even on the slim chance that you might encounter a cop along the way, no big deal, as the local enforcement staff were probably at the party with you.

As the sixties generation began getting on in years, its members bore little ones which they believed were truly created in “God’s image.” As these little tikes began to grow, fear swelled in the hearts of the former “free love, wine-bottle toting, bone token” adults who, when they flash backed to their teens, realized these precious spawn may not survive the upcoming onslaught of drunken teens about to join the millions of intoxicated baby boomers already on the highways.  Alas, the 1970’s became the decade of sober transition as large groups of people really believed that they can shame people into not drinking!  Although alcoholic beverages are no longer in vogue, more people are drinking than ever.  Why?  Perhaps drunk people find sober folks as irritating as the reverse! 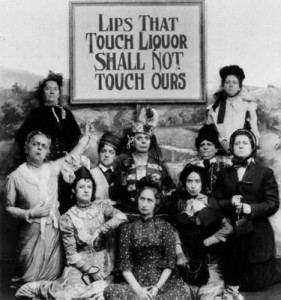 Anti-alcohol is a big industry . . . a really big industry.  An industry that thinks that shame and marginalization of drinkers will reduce, even eliminate, consumption.  Surveys show that areas that are bombarded with anti-liquor propaganda result in an increase of alcohol consumption.  Apparently, after watching these commercials, people are compelled to get a drink, or these ads provide enough time to grab another beer.  Below is a list of a few organizations trying to turn you away from the evil spirits and toward water, juices and sugary soft-drinks:

Center for Science in the Public Interest (CSPI)

Coalition for the Prevention of Alcohol Problems

Office of Alcohol and Other Drug Abuse (AMA)

American Council on Alcohol Problems (formerly the Anti-Saloon League, then the Temperance League)

It’s true that something must be done.  May I suggest a few ground rules for both the teetotaler and the imbiber.

Now, if you don’t drink, or you do, but don’t show up at parties on time, do not attend a party where alcoholic bevs are served.  For you teetotalers, there are plenty of “sober parties” now and if you can’t find one, check on Google or call one of the groups listed above.  If you’re just late, drink a couple for the road, or take a six-pack with you, park in front of the party and kick back a couple of cold ones before going inside.  Then when you’re groped, kissed, fondled and squeezed by a bunch of drunks,  well . . . you’ll feel a lot better.

For those who don’t want to be groped, kissed or hugged by harmless drunks, please, for everyone’s sake, go to your little sober party, drink tea, eat paté on crackers and do whatever it is you do at these things.  I’ll be at the other party.  And I’ll be on time!