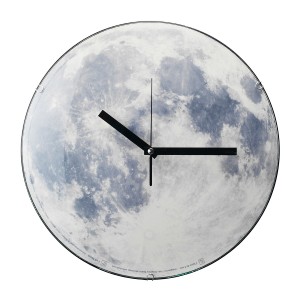 fascination with our neighboring orbital satellite?  Some reasons are obvious.  As a nighttime astrological feature, it’s the biggest and brightest.  It pulls on our planet making high tides higher and low tides lower.  When Kennedy presented his famous “moon speech,”  he said we choose to go to the moon not because it was easy, but because it was hard.  Actually, due to its proximity, the moon was the easiest target, but in the 1960’s the moon seemed unreachable.

Imagine a world where over half of the citizens in the United States thought we’d never land on the moon.  So while there are a few obvious physical reasons to be fascinated by this big rock, why is the moon so romanticized and adored?  Is it the mysterious visions of imagination we credit the moon or is it the purported mayhem afforded it when its phase is “full.”  The fantasies conjured by the moon are as varied as the human mind can produce.  This soaring, meteor-scarred piece of rock and dust is the subject of many tales of science-fiction, romance, drama, and horror.  Whether the stories affect our behavior or vice versa, the moon affects each and every one of us in a different way.

A full moon is the first thing that grabs our attention, as a cold, starry night lit by a bright disc against a pitch black background is a fantastic scene that never ages.  Snow on the ground adds a soft brilliance that rivals a sunny day.  This soft, soothing glow is, no doubt, the main reason for all the romance surrounding the moon and such terms as moonlight, moonbeams, and moon glow.

A full moon is also responsible for a dark and mysterious culture.  Besides the physical reality that is the so-called “dark” side of the moon, certain folklore and supernatural tales evolved from, or are linked, to the moon.  Indeed, the word “lunatic” derived from the moon.  Although science cannot connect the existence of the moon to crazy acts, lunacy, romance, or any other part of human behavior, leave it to humans themselves to effect an end result.  Here are a few of my favorites:

Sleep, or lack thereof –    Many folks on this planet do not sleep well when there is a full moon.  For the most part, a night as bright as a hazy day may be the culprit.  Moonbeams through a bedroom window can be a distraction, one that most people solve by drawing the curtains.  Others insist sleeplessness is connected to the occult.  “It must be a full moon, I didn’t get a wink of sleep last night!” is a common complaint.  Some members of my family suffer from this affliction.

Werewolves–  An absolute favorite for fantasy lovers and other crazies.  What’s better than being a regular guy or gal, and then getting all hairy and violent during a full moon?  And the teeth and claws are such a bonus!  I’m sure most folks who know they’re werewolves don’t schedule hair appointments during a full moon.  Things like that can run into big bucks, unless you really don’t mind a light trim around the legs.

Vampires–  If you’re thinking that a full moon is not connected to vampire legend, you’re exactly right, but it does affect screenwriters.  Newly-twisted vampire lore is trying to connect the moon to vampires, particularly the CW network production of The Vampire Diaries. Now with the new Hybrid Curse and the moonstone, Kevin Williamson and Julie Plec are destroying the old guard of Beli Lugosi followers with their teenybopper fans.  Vampires already toss and turn in the night, so they sleep by day.  Remember everyone-  werewolves metamorphose during a full moon, are warded off by wolfbane, and killed by silver bullets (no, not Coors Light or dildos); vampires bite people to make more vampires, are warded off by garlic, and killed by sunlight or a wooden stake driven through the heart–  period!

As for me, I think a full moon is beautiful!  I gaze at it just for the majesty of it.  I sleep like 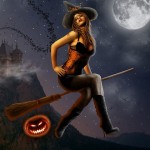 a baby during a full moon because I know it’s moving away from the earth at a rate of one inch per year and I take comfort in knowing that it’s one of the few celestial objects that’s not going to bang into the earth soon.  As for worrying about vampires, werewolves, and witches, well, I’m sure you’ll agree it’s a bunch of nonsense.  Besides, I know some friends that will take good care of me . . . and some of them are Vulcans.