“These are the times that try men’s souls.”  Thomas Paine, Common Sense.

In that time of year when thou may’st in me behold, when yellow leaves, or none, or few do hang . . .”  William Shakespeare,  Seventy-third sonnet.

“Once upon a midnight dreary, as I pondered weak and weary. . .”  Edgar Allan Poe, The Raven. 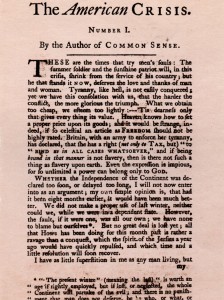 All good literature– novels, short stories, epic poems — all begin with a line or phrase that burns a message through the retina and into the brain which says “read on!”  It is called the “hook” and it’s a very powerful tool in the literary world.  After the hook, pressure on the author mounts, as he or she struggles to keep the reader’s interest one sentence, one paragraph, one page, and one chapter at a time.  Good writers get this and as they weave their tales of mystery, love, adventure or deceit, the reader hardly notices that the trap is set and sprung.

When I first read Moby Dick, I was naive enough to believe that Melville sat in the corner of a dark room at a large wooden desk, shadows of a whale oil flame flickering against his bearded face, and instantly wrote “Call me Ishmael. . .”  After all, he was considered a great author, and Moby Dick was a great book and a classic, right?  Surely, it was easy for him to write this or any story he chose.  But the book was not received well by English critics in 1851, and Melville’s tale about a whale almost spiraled him into literary obscurity.  In college, an English professor gave us a list of several works of literature and asked each member of the class to re-write the first sentence.  I chose Thomas Paine’s pamphlet Common Sense.  This seemed all too easy an assignment, but I was sadly mistaken.  Confident, I  sat at my desk and wrote down Paine’s words,

“These are the times that try men’s souls.”  Then I wrote,

“These are trying times for men’s souls.”  Naw, that won’t work, I thought!

“Trying times are these for men’s souls.”  Well, that sucks.

“Men’s souls are tried by times like these.”  Forget it!  It won’t work!  I’m not Thomas Paine!  This is really hard!

Then it dawned on me!  Thomas Paine didn’t sit down one afternoon and simply pen this sentence.  Perhaps, he wrote the entire pamphlet before he sat down and pondered this beginning.   What was Thomas Paine thinking?  I believe I know now.  I picture him with his head in his hands thinking how he could get such an important message across to his fellow colonists in a nation about to go to war.  A message so important and so powerful, the first words must capture the colonists’ attention and prevent them from putting the pamphlet down.  Whether it was an hour, many hours, a night, two nights or more, Paine probably wrote and re-wrote many passages to his now famed Common Sense, including the very first words until he knew . . . knew his message would ring out across the American colonies.  The same was true for Melville . . . or Dickens . . . or Poe . . . or any writer, great or small. How deceptively brilliant to introduce a main character in a novel by simply penning, “Call me Ishmael!”

People’s lives are much like great works of literature.  Some, like a great novel, start well and as their lives move on, they write chapter after chapter like a well-built classic tale.  Others are tragedies that are pure horror and often end  far too soon.  Some lives are a series of novels, short stories or epic poems.  New tales are forged from births, deaths, marriages and new friendships.  Whatever your story or collection of stories that is your life, remember to think ahead and craft the tale your way.  If you’re fortunate to start with a great “hook” or opening sentence, don’t waste it.  Build on it.  If you’re beginning was rough, start another tale.  Take control of your story.   It’s never too late for a good beginning!