There’s an app for that!

Unless you’re an ultimate technophobe, you’re familiar with the term “app.”  “App” was originally an abbreviation for computer application, but now is used exclusively for handheld devices like a smart phone or mp3 player.  There are some apps that make sense and others, entertaining as they may be for some, that are absolutely stupid in any universe.  But apps existed long before computers; long before i-phones, smart phones, notebooks and pads!  The word “app” is just a cute shortcut for something that’s not really that new.  Lately, when I’m performing some difficult physical task that normally makes me want to set my head on fire, the words “I’ve got an app for that!” soothes my savage breast.  Behold the following explanations.

In carpentry and construction, cute little slang terms abound.  Board stretcher, spool of pipe thread, and “the Persuader” are just a few.  For instance, if you a cut piece of lumber and it’s  just a little too long to fit, drive it in with a hammer.  If that hammer doesn’t work, pick up a larger hammer and so on.  If you work your way up to an 18 pound sledge, well . . . you get it . . . it’s “the Persuader!”  Using this type of logic, I can truthfully say, “I’ve got an app for that!” for just about anything!  The use of such “app” is illustrated below. 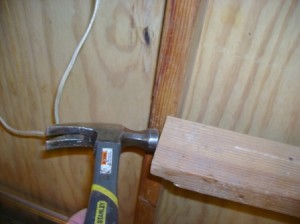 When placing a block between two studs, usually the tap of a 16 oz. framing hammer is sufficient.  Sometimes, a little more persuasion is needed. 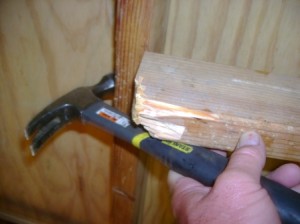 Notice the damage done to the block using an undersized hammer! 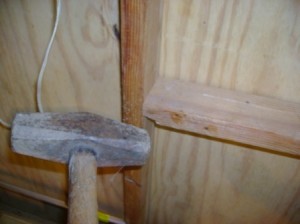 The solution?  Look what a nice job an eight-pound sledge can do!

Nothing lends itself more useful to the term “app” than auto mechanics.  A myriad of tools are manufactured in this realm and even the simplest job seems to require every mechanical aid made if the work is to proceed smoothly and successfully.  The rule in auto mechanics is to start out small and work your way up to the more expensive tool.  For instance, to remove a simple bolt or nut, start out with a simple hand tool, like a spanner wrench.  If the bolt or nut won’t turn, get a bigger wrench and so on.  The use of these “apps” is illustrated below. 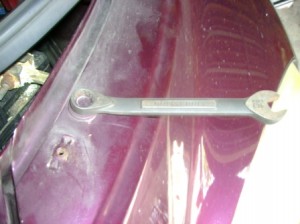 The photo on the left demonstrates the use an open-end wrench to remove a nut or bolt.  But what if it won’t budge? 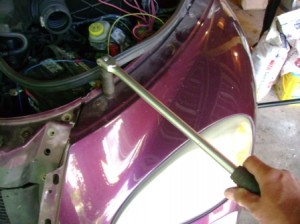 Save your WD-40 for someone less experienced, just attach the larger 18-inch “breaker bar” demonstrated in this photo. 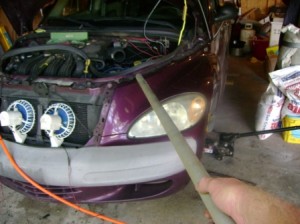 Still stuck? There’s an app for that as this five feet long piece of pipe demonstrates!

Some lessons from carpentry apply to auto mechanics also, particularly when something must be pried apart, like ball joints and any type of steering knuckle.  Bigger means better if the little bastard won’t budge.  Remember, put pressure on the steering knuckle without busting your knuckles. 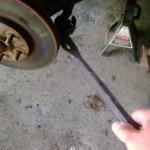 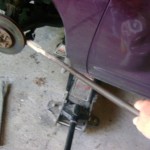 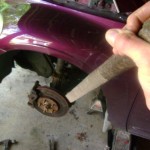 Removing a steering knuckle (photos from left to right): First try the 18″ nail bar, then the 3-foot pry bar, and when all else fails, a 45-lb., 5-foot long lumber bar will do the trick!

Remember, if you’re frustrated or irritated and about to explode, take a deep breath and say to yourself, “There’s an app for that!” 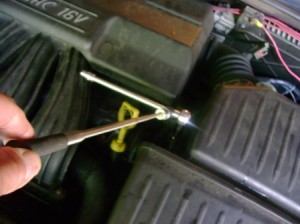 Drop a wrench or socket?  There’s an app for that! 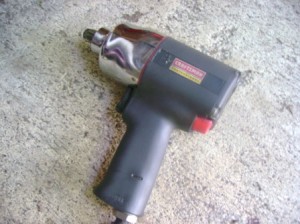 Rusted bolt? There’s an app for that! 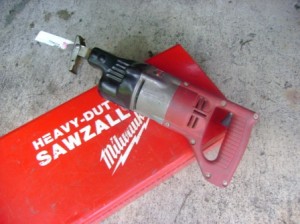 Muffler or tailpipe rusted tight?  There’s an app for that! 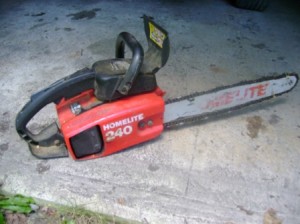 Circular saw won’t cut through that 6″x6″?  There’s an app for that! 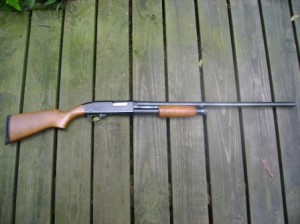 Squirrels in the attic?  There’s an app for that!

So if you’re a poor, hapless, dumb son-of-bitch who substitutes muscle power for brain power, stop now!  Go out and buy that specialty tool designed to make life a little easier.  Go on, slip into your flannel shirt, lace up those high-top work boots and go shopping.  It’s laziness, not hard work, that makes America great!