A Rose By Any Other Name!

Robert S. Ryan, Pennsylvania’s czar of zoning law and practice, once wrote that 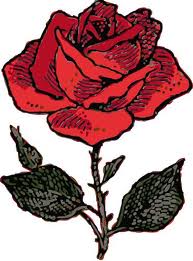 applications are an exercise in arrogance. He explained that the person creating the application assumes what answers are needed to gather the necessary information for whatever the application is designed.  With that in mind, while reading through several completed job applications for a code officer I needed, I decided to look at the questions before I perused the answers.  There was a host of easy questions and information, such as name, address and age.  A couple of seemingly useless questions, like “If hired, when can you start?” and “Were you convicted of a felony in the past five years?”  The first question was pretty dependent on when I wanted them to start, I thought, and with regard to the second question, I’m not sure an honest answer is forthcoming from an applicant who was willing to commit a felony.  Anyway, the information that knocked me out of the park was the following:

Ethnicity:(for statistical purposes only; check one)

I was dumbfounded.  Issues of white, black, Hispanic or Native American not withstanding, the big surprise was that over one half of the world’s population was designated by one check mark — Asian/Pacific Islander!  Nowadays I understand that this group is referred to as Asian Pacifics as not to confuse them with Asian Specifics and I do admit that’s a step up from their previous distinguished title — “other.”

Going back to my collegiate training, it was my understanding that this planet’s inhabitants included homo sapiens (purists refer to modern sapiens as Homo sapiens sapiens) and it is the only species of the genus Homo to exist on the earth now.  Homo sapiens is further subdivided into races, which in accordance to the European guidelines of the day are Caucasian, Negroid, and Mongoloid based on slight physical differences in appearance between the members of those races.  These races are further subdivided into over 5000 ethnic groups.

Certain words describing race and ethnic groups fell out of grace in the United States. For example, describing someone from China or Japan as an Oriental is now bad manners in the U.S., while in Europe and other parts of the world, the word is no big deal.  I never thought of the word Oriental as a pejorative and, in fact, the word Orient always conjured visions of beautiful and mysterious lands in those regions.

I’m never sure what the check mark for black means.  Is that person an Afro-American, an African, a Jamaican, or a North American/Caribbean  Islander?  And since there is a Caucasian check mark, why not a Negro check mark?  When did Negro and American Indian fall out of fashion? Furthermore why did we ever need to know this “for statistical purposes only?”  Perhaps the Negroes, Indians and Orientals caught on that some of this statistical information was used for something other that statistics?

Maybe it’s time to stop counting.  Maybe job applications, census forms and all other bean counting documents designed with the meticulous job of tracking who’s whom in the human race should stop adding up who’s white, black and in-between.  Everyone knows that blacks aren’t as black as they used to be and whites aren’t as white as they were, and Native Americans?  Heck, they ain’t even redskins no more.  Only one thing is certain . . . we’re all Homo sapiens inside and out.  A rose by any other name!