NCAA – The New King of Cartoons 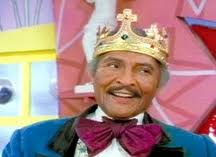 The NCAA did it again!  They defied everything that is near and dear to the United States of America by claiming its decisions cannot be appealed.  Maybe you agree with the Paterno family, maybe you don’t, but what this ruling means is Charles Manson can appeal and the Paternos can’t.  Now, former Nittany Lion players, led by quarterback Mike Robinson, intend to appeal the decision.  The NCAA will probably tell them the same thing as they told the Paterno family.

Of course, the NCAA, in its finite wisdom, believes it’s on solid legal footing due to the fact that this action is a result of a “consent decree,” to which Penn State officials agreed.  Think of it as a plea bargain, or “civil contract” which circumvented the NCAA by-laws.  Wait a minute!  The NCAA didn’t follow its own rules!  Sound familiar?  At any rate, because the NCAA reads the appeal process as any action resulting from a hearing, and no hearing was held, it’s granted some type of sovereign immunity.  If there is ever a judge, jury and executioner of collegiate sports, the NCAA is it.  Lester Munson, senior writer and legal analyst for ESPN writes, “No one has the standing or the authority to challenge what Erickson and the university have agreed to do. Penn State expressly agrees that it cannot be challenged with “judicial process.” Anyone who files a lawsuit would face not only an early dismissal of the case but also the payment of the legal fees incurred by the NCAA and Penn State as they obtain the dismissal. The lawsuit would be an expensive failure.”  Most lawyers may agree, which reminds me of the title bestowed upon a student that graduates last in the class at law school — attorney.  The flaw in the finality of Munson’s statement is that while the NCAA may refuse appeals pursuant its by-laws and Penn State agreed to no law suits, this “consent decree” doesn’t speak for everyone.

Most sportswriters agree with the NCAA decision not to hear appeals, and cleverly refer to the NCAA by-laws stating that no unnamed parties or individuals can appeal.  The problem with this argument emerges when you read all 431 pages of the by-laws, a chore the attorneys and journalists apparently failed to do.  Article 32 of the by-laws require complaints to be investigated by the enforcement staff and the Committee on Infractions.  This was not done, thus the other procedures, such as notifying individual players and staff members, were short-circuited and NO sections outlined in the NCAA’s enforcement procedures were followed.  The NCAA, the watchdog of college sports, accused Penn State of breaking the rules, by breaking the rules.  And now members of Penn State’s Board of Trustees are joining the fray threatening to appeal.  Of course, as unnamed members, they have no standing, unless the new moniker of “renegade trustee” counts.

Both the NCAA and Penn State are blinded by the evil deeds performed by Jerry Sandusky, and as such, both intend to “do the right thing” with such zeal that they are doing it the wrong way.  And that’s how everybody got into this mess.  As the score card now stands, Sandusky, Paterno, Penn State, and the NCAA all broke the rules, some criminal, some civil, some contractual. The NCAA believes that it must take “extreme and immediate measures,” but to avoid due process is unfair and contrary to our justice system, albeit one involving a football team.  Apparently, the NCAA, believes in the British legal concept “the king can do no wrong.”  So did Penn State.  If NCAA is king, so be it!  Long live the king . . . the king of cartoons! 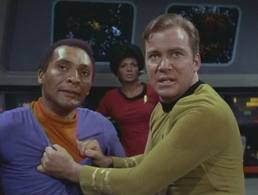