A very good friend of mine died suddenly a few days ago, causing me to reflect about the pain inflicted on the living when someone we love leaves us too soon.  A wife, a son, a daughter suffer the worst pain imaginable, and friends and family, also in pain, make every effort to comfort those closest to the deceased.  It may help to some degree, but it’s inevitable that all of us will be left with many moments where we face the loss alone, whether it’s driving in the car, brushing our teeth, lying in bed at night, or merely sitting in quiet contemplation.  We play the scenario again and again in our head . . . memories about a lifetime and fantasies about a future that will never be.  My friend’s death reminded me of my own father’s death, and with the prospect of another son and daughter 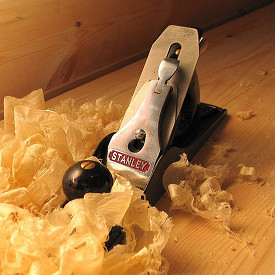 facing their first Father’s Day without a dad, I decided to post an article I wrote many years ago.  It was never published, but I thought for this Father’s Day, almost 18 years after my father’s death, it was time.  This story is dedicated to all the sons and daughters who celebrate Father’s Day with nothing more that the memories they hold.  The following short story is entitled, “Dad’s Here!”

I remember thinking those words for the first time in Mrs. Thompson’s class.  She taught kindergarten and first grade, both classes snuggled in the confines of one, brightly-lit room.  The kindergarten kids sat on the left side of the room, while we first graders sat to their right.

Mrs. Thompson’s room had two doors, or means of escape, depending on your perspective, one door to the right leading into the hall, the other on the left opened directly outside.  She insisted we use the right door for all formal activities, such as morning arrival, bathroom duties, and the anxiously awaited departure home at the end of our day.  The left door was for recess only.  The right door opened directly across from the principal’s office, so it was easy to see why the left door was our very favorite.  It was our gateway to adventure, a time portal, an escape from the rigors of our Easy Reader, “Fun with Dick and Jane.”  As we sat at our bite-sized desks, we stared at that door, our imaginations stirring as we dreamed of the adventures awaiting us on the other side.

A driving rain storm swelled the wooden door one night, and it failed to open the next  school day.  It was stuck tight which was a big concern for all the kids.  From that day on, we used the hallway door for recess.  Day after day, we paraded past the principal’s office and quietly walked down the hall to the big, double doors in the front of the school.  It was pure agony!

One morning, a slim, tanned man appeared carrying a long, metal toolbox.  A worn, tan cap tightly held a bright yellow carpenter’s pencil above his right ear.  All the students intently watched as the man set down his toolbox, opened it, and removed several large tools.

As the others stared, I looked down at my desk.  I didn’t want to appear too anxious or proud, but it was tough.  After all, this was my dad.  Dad’s here, and he’s going to fix our favorite door.

My father was a carpenter by trade, and as a young man growing up in southern New Jersey during the Great Depression, he learned to be extremely self-sufficient.  He couldn’t throw anything away.  He filled his toolbox with various odds and ends– bolts, screws, pipe, wire, and, of course, tools.  He could reach into his toolbox and find anything, fix anything.  My father was truly a “jack-of-all-trades” and a master of all.

While carpentry was his trade, doors were his specialty.  Within minutes, he removed the door, planed it, and put it back on its hinge pins.  He packed his tools and tried to leave quietly, but Mrs. Thompson did not allow that.  She demanded the class to show its appreciation via a small round of applause.  I’m not sure who was embarrassed more, me or my father.  Although he was not one to “take a bow,” he nodded his head, managed a small smile, and left.  Lying on the floor next to the repaired door were piles of sweet smelling pine curls that his large plane peeled from the edge of the swollen door.  It was a scene very familiar to me.  He left these pine curls all across “South Jersey.”  I remember him guiding the front of the plane with his left hand while pushing the plane with his right.  The cuts were exact, always flawless.  The plane soared along removing wood as easily as a spoon carves an ice cream sundae.  He was the strongest man in the world!

As a teenager, I long abandoned the idea that my father was the strongest, smartest, most talented man in the world.  I began to compete with him.  I always lost.  He never let me win, but I knew when I did win, it would be real and not staged for my benefit.  And I knew he would always be there for me.

He never missed a football game or a track meet, and he was always there to nurse me back to health during sickness or injury.  “I’ve got the best liniment hands in the business!” he bragged to family and friends.  Hours and hours of knee massage may not seem the perfect father and son activity, but considering the condition of my knees, it was perfect for us!

I tore a knee cartilage during one game, and before I was hoisted onto the training table, my father’s face appeared above the team trainer’s shoulder.  His tired, worried eyes peered at every detail.  The pain on his face was far greater than that in my knee.  I grimaced a smile and said, “I’m fine, Dad!”

Whenever my car broke down, a phone call automatically summoned a pickup truck with Dad’s unemotional face visible behind the windshield.  He question was always the same, “What happened?”  One evening, I called my father to ask where I could get a good deal on a rebuilt transmission, since mine was stuck in second gear.  I told him that the car limped back to the fraternity parking lot, and he was relived that I wasn’t stranded in a strange place.  He said, “I’ll look around.”

Assured the old scrounger was on the job, I returned from an afternoon biology lab the next day assured my father found a transmission.  I checked for messages at the fraternity phone booths, but found none.  I’ll look in my room, I thought as I pushed open the the stairway door leading up to my room.  Before I bounded up the stairs, something caught my eye through the glass in the outside door leading to the parking lot . . . and I froze!  A half dozen books slid from under my arm as I noticed that my car was on its side! I raced out the door, lunged down the steps, thinking this was a malicious act by another frat or an ambitious prank by my own brothers.  I skidded and fell to the pavement. Things were clearer at ground level.  My car was neatly balanced on an array of wooden and concrete blocks.  The transmission was gone!  About three feet in front of me was a small, gray toolbox.  Screwdrivers, sockets, pliers and wrenches were scattered everywhere.

I found him in the kitchen sipping coffee, telling tall tales to the cook and a fraternity brother.  He convinced the brother that the big, greasy, conical-shaped machine on the floor was a commercial coffee grinder.  The bio-chem student looked at the transmission and said, “Wow!  It sure is dirty!”  My father looked at me, shook his head, but never admitted to the young man the truth. I know there’s a bio-chemist somewhere who wonders why a coffee grinder is standard equipment on a car.

Later in life, my father retired and moved to Maryland.  He and my mother bought a house on a river with a view of treelines, fields, and flooded marshes.  He believed the move made him a “southerner,” and so taken by the friendly people in this beautiful area, he tried to develop a “southern drawl.”  The local denizens insisted that no one belonged there without a pickup truck and a big “dawg.”  He had a pickup, but Mom wouldn’t let him get a “dawg.” Everyone in the area agreed on one thing . . . he belonged.  Dad was there to stay and he brought all his skills and ambitions with him.  He crabbed, gardened, remodeled and taught the locals how to set piling.  Never busier, never happier, he rested himself at the end of the day sitting on the back deck, his eyes surveying the river and beyond.  I sat with him on that deck and watched his face one day.  He was complacent, but his face told a different story.  I sensed an unknown fear.  I knew he was thinking about how much time was left for him.  Without him uttering a word, I told him he’d be around for a good long time.  After all, he was only 70 years old in three weeks.  Never taking his eyes off the river, he told me he was lucky.  He was lucky to live here, lucky to have his family and lucky to wake up every day.  He was always lucky.  So was I.

Three weeks later, the man whom I competed against and never won, died.  An autopsy revealed a massive heart attack.  He suffered heart attacks the last year of his life without knowing it, and even the deadly attack caused little or no pain.  He was the strongest man in the world.

Today, I sit on the deck where my father rested evenings.  My eyes survey the river and beyond.  I wonder what he thought as he stared over the river’s edge, watching the wingtips of the blue heron tap the water as they flew.  I think I know.  It’s something that lies beyond the river. It’s a feeling we all search for all our lives.  Some of us find it; many of us do not.  It’s the feeling of home.

As I sit here, my young daughter jumps from a swing and races across the backyard.  Her outstretched arm wraps around my neck as she runs, almost pulling me over.  Laughing and giggling, she swings around in front of me and hugs me, tightly pressing her soft cheek against my tense face.  I’m usually angry with her for nearly choking me, but today I stare across the river opening my eyes wide to prevent the tears from spilling.  As I hug her, my eyes dry before she notices and I smile.  At least I know what shes thinking.