Energy ain’t cheap, anymore! What made this nation great (the United States) and was 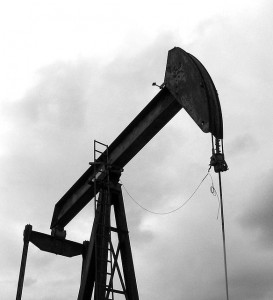 instrumental in helping it win two world wars, is now the instrument of its accelerating decay. Cheap energy was the formula for power and success for this nation, or any other nation, that replaced backbreaking human labor with machines . . . time saving, powerful, efficient contraptions fed with black muscle we call oil. Whether you believe that government conspiracies cover up vast quantities of crude or you’re sure this planet will run dry, one thing is certain– we use a lot of energy and most of it is produced by burning oil.  Now the uptick in the value of oil, coal, and wood, and coupled with the constant urge to save the planet, are forcing everyone all over the world to use less of it, no matter what they’re tossing on the barbie to keep warm. This saves money and when folks save money, a lot of other clever people try to get those savings from your pocket to their pocket.

This is not as hard as it sounds. You might be thinking, how can anyone pull the wool over my eyes when it comes to energy? Chances are, if you’re an average guy or gal, there’s a snake oil salesman out there with a energy pitch that will not only pull the wool over your eyes, but throw a whole sheep on your head. The voodoo energy salesman (or saleswoman) is able to do this because energy itself is so misunderstood. I’m about to demystify a few of elements of energy.

The “physics” definition of energy is short and sweet. Energy is the capacity to do work. When you start your car, the battery sends energy to the starter, the starter rotates the engine and sets in motion a ballet of pistons sliding in cylinders, gasoline pumping into cylinders and spark plugs igniting the gas.  The gas explodes and pushes the pistons down the cylinders, thus pushing a crankshaft attached to a transmission which turns the wheels of your car. An over simplification, of course, but the important thing to remember is that on this planet, all these processes release heat– the electricity flowing to the starter, the fuel igniting, and the wheels turning. The “leftover” heat, so to speak, is wasted and dissipates in space. Heat is the driving force for almost all energy. Electricity-producing power plants use oil, coal, or nuclear fuel to do one thing– create heat to boil water that makes steam which turns turbines. It’s no mystery and every kilocalorie, or BTu, can be counted.  However, some sly marketeers want you to believe otherwise . . . they want you to believe that not all electric heaters are created equal.

The lowest form of energy use is the burning (rapid oxidation) of materials to heat our buildings and over half of that is used to heat our homes.  Power plants burn fuel to generate electricity and while there is quite a bit of heat loss involved in that process, once the electricity enters your home, heat generated by electrical power is 100% efficient.  There is a nifty little commercial, or infomercial, where you can order a Quartz Infrared portable electric heater that will heat an entire room so well that you might be inclined to 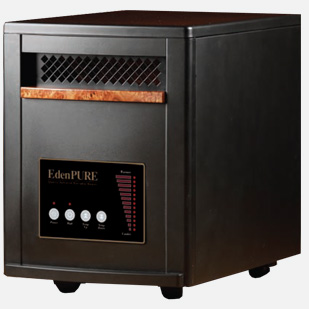 rip off your clothes and lounge about in your underwear.  Now, it’s a physical fact that any portable electrical heater that plugs into a regular electrical outlet in America cannot be rated greater than 1,500 watts.  Why?  Safety reasons, of course, due to the design of typical residential circuits.

Residential electrical receptacles are protected from overheating and catching fire by using either a 15 ampere breaker or fuse.  Since the amount of carrying capacity on such a circuit is 120 volts, you multiply the volts, or pushing element, of electricity by the amperes, or actual energy, to find the total power or amount of work that can be done.  If you multiply 120 by 15 you get 1,800 watts, but that maxes out the circuit, so the safer design standard of 1,500 watts must be used.  But what kind of energy is 1,500 watts?  Well, one watt is the equivalent of 3.41 Btu’s (British Thermal Units) of heat energy, and all 120 volt plug-in portable heaters produce a maximum of 5119.5 BTu’s of heat in one hour, so that’s no sweat . . . literally.  The textbook definition of a BTu is the amount of heat needed to raise one quart of water one degree Fahrenheit.  A more practical example is that it is the heat of a wooden kitchen match burned from one end to the other.  Compare this amount of heat with that of a gallon of no. 2 fuel oil, the amount burned by a residential furnace in one hour–  138,700 BTu’s!  Our movable electric “furnace” pales by comparison. 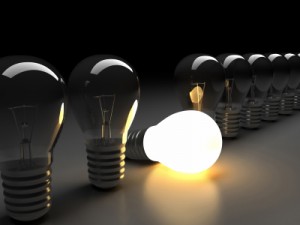 Now, if you can’t imagine firing off over 5000 kitchen matches in your living room to feel the heat, you could try turning on 15 one-hundred watt incandescent light bulbs instead.  Oh my!  Feel the burn!  And you can get a nice tan, too, if you don’t freeze to death first!