My mother-in-law’s cooking was so bad that the flies in her neighborhood took up a collection to fix the screen door!  It was absolutely the worst!  Her cooking mantra was that if any moisture 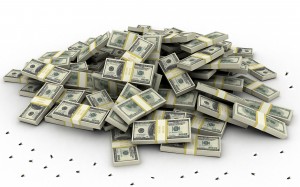 remained in any victuals, it wasn’t quite done.  And this included the rubber and limestone food groups.  On the other hand, she didn’t like my cooking, either.  She didn’t like my crispy vegetables or my tender red beef, but before I go on, I know what you’re all thinking.  No man likes his mother-in-law and every mother-in-law is the worst cook ever.  Reserve your judgement, for I truly believe I can win this one hands down.

There’s an up side to extremely bad cooking.  Oddly enough, her last husband lived to the ripe old age of 87, which I believe to be the direct result of her inept culinary skills.  Most of the material that hit the range at her place ended up some type of fossil fuel or was just converted to plain carbon, and this, I believe, is the key to longevity.  Everything she, and her husband Blaine, ate acted as a filter against antioxidants, carcinogens, gasoline, kerosene and other refined petroleum products.  Each of them was charcoal-filtered! Both lived long, queasy cuisine lives thanks to long term carbon cooking.  Case in point, when my wife and I honeymooned, my wife asked her mother to “keep an eye on the house” while we were gone.  They agreed to come and stay, and a week later, we returned home to find things no less than they were when we left.  All is well, we thought to ourselves.  The phone rang, and don’t ask me how, but I knew I was in for a treat.  As you already know, I hate the phone, so my wife answered.

My wife quickly slammed the phone down and ran to the pot rack in the kitchen.  She began rotating each pan, looking inside of each.  She soon found what she was looking for . . .

She unhooked her Dupont Silverstone non-stick frying pan, brought it to the kitchen table, turned the interior of the pan towards me and held it in front of my face.  I could see myself.  I asked what the hell happened, and she let me know that her mother burned fried potatoes in the pan.  “Burned???” I asked.  “Burned” was the reply.  But the non-stick Silverstone coating was gone!  Nothing but a small ring of the gray lining was left around the vertical rim of the pan like a Werner Klemperer hair-do.  Not remembering installing phasers or photon torpedoes on or near the stove, I wondered how any reasonable human being could possibly scorch bonded teflon off of cookware.  Then, again, this wasn’t a reasonable human being– this was my mother-in-law.  I knew better, but I asked the fate of the potatoes.  They ate them I was told.  Somehow, I wasn’t surprised.

Several weeks later, I did garner the courage to ask for her recipe, since I’m always on the lookout for a good snack when company drops by.  It’s a recipe my own mother nicknamed, “Potatoes ala Silverstone,” and now you can make this delicious repast in your very own kitchen.  Just follow the recipe below:

Ingredients:      4 potatoes peeled and sliced, 1/4 lb. butter, teaspoon salt, one Silverstone frying pan, one color television at least 19″ screen or bigger (note: TV must be located in any room other than the kitchen.)