A company as large as Coca-Cola cannot avoid some type of controversy now and then. 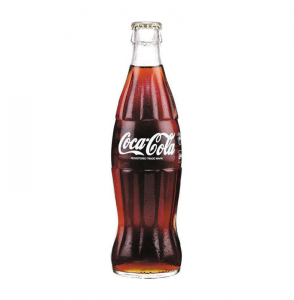 For instance, when Coke launched its ad campaign in China, the slogan “Coke Adds Life!” was translated into “Coke brings your ancestors back from the dead!”  Sales skyrocketed in China, but, then, so did the criticism.  It seems things can go awry in advertising even with the best intentions.  Glenn Beck, political conservative American television and radio host, was offended by the commercial developed by Coca-Cola that was telecast at the 2014 Super Bowl.  The commercial featured “America the Beautiful” sung in different languages by people of various cultures and countries.  Coke aired this as a tribute to a tolerant and multicultural United States and to celebrate that rich heritage.  Beck is quoted as saying “That’s all this ad is.  It’s an in your face — and if you don’t like, if you’re offended by it, then you’re a racist. If you do like it, you’re for immigration, you’re for progress. That’s all this is, is to divide people.” What ails this guy?

Now I didn’t like the ad either when I saw it, but for completely different reasons.  It wasn’t funny, satiric or clever . . . in fact, it was a very nice ad, but nice ads have no place in the Super Bowl.  I don’t want to see breast cancer, feed the hungry children, or charity advertisements.  This is the Super Bowl!  It’s the land of beer, wings, chili, beer, sandwiches, sausages, beer, hoagies, and more beer.  Male or female, it’s our time to get away from all the troubles in the world and watch the two top (sometimes) football teams in the world duke it out and to see some world-class comedy commercials.  Bring back the Bud Bowl, dogs delivering Budlight, Dorito munching gluttons, and goats headbutting nitwits off a cliff.  And if you want a tender moment, don’t make it so glum.  Coke knows how, like the Joe Green jersey toss?  It’s a jersey, but it still brought grown men to tears!  Breast cancer?  Really?  Isn’t it enough that half the NFL is wearing pink shoes?

And for Glenn Beck and his so-called English speaking minions, if it offends you that a commercial includes other languages, there is something seriously wrong with you.  The U.S.A. is multicultural and multilingual and was throughout its history.  Criticizing the Coke ad as pandering to polyglots is a slap in face to not only the U.S., but the world.  It baffles other nations that most people in the United States can’t read,write or speak a second language.  This doesn’t baffle Glenn Beck.  His answer:  This is America!  But English is already a second language for him.

One woman commented that her mother was talking on the cell phone while in the check-out line in a grocery store.  She was speaking a language the woman behind her didn’t understand and the woman’s audacity was unbound as she said, “This is America!  You should speak English!”  Her mother turned, looked at the woman and said, “I am speaking American.  If you don’t like it and wish to speak English, go to England.”  Her mother was a Native American. 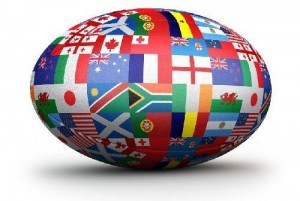 Hopefully, the world can forgive us for people like Glenn Beck.  Unfortunately, it’s not a small minority and it is a loud, loquacious group.  They do more to divide our nation than any Coke commercial can hope to do, so as a gesture of goodwill to all you polyglots, I’d like to buy the world a Coke!

This entry was posted in Celebrity and Fame, It's part of the language!, Politics, Real life, Religion, Ripped from the headlines, Television and tagged Broncos, conservative, hate, liguist, Pepsi, Seahawks, soft drinks. Bookmark the permalink.
9015525e78d32ccf85b0c6a7683ec3f0-332