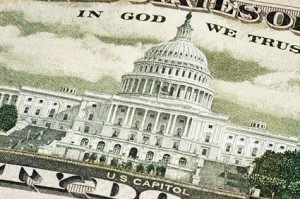 In a growing world, there is a general cry for smaller government and less interference with daily living.  In a complicated society such as ours, this seems to make good sense.  After all, history is wrought with examples of powerful, corrupt leaders and governments oppressing the masses, stripping them of property and wealth,, and promoting their own self interests.  In the United States, some argue that this doctrine of “less government” was the desire of our founding fathers and that we need only to examine the Constitution to affirm it’s so.  But is that possible?

Aristotle examined and defined governments into five (5) categories:  aristocracy, timocracy, oligarchy, democracy and tyranny.  Save for tyranny, for any of these forms of government to be a government, whether it’s a monarchy, oligarchy, democracy, social republic or federal republic, certain rules apply.  These rules, when accepted by the established individual or individuals in charge, become laws . . . laws which aid in the governance of the particular state, country or kingdom.  Those in authority then develop methods of enforcing the laws and this is where the trouble begins.  Very few people like being told what to do or how to do it, unless it’s something they want to do or they truly believe in the idea.  So, is all this necessary?  Do we really need government or even laws to survive and function in the world?  Let’s examine what many consider to be the first government.

If you are one to interpret the Holy Bible in literal terms, you believe that the first two true humans on Earth were Adam and Eve.  In a male dominated scripture, Adam was created first and Eve followed shortly thereafter.  Before Eve arrived on the scene, Adam pranced around naked in the Garden of Eden, playing with all of God’s other magical critters and all was well.  Adam could do pretty much as he damned well pleased, as there was no government, no laws, no cares, no taxes, no work and not a care in the freshly created planet.  After God ripped a rib from Adam and formed Eve, the plot thickened quicker than your grandmother’s gravy.  Things got lumpy in a hurry!

With only two people on the Earth, God felt it necessary to set down some rules or laws.  At first, things were simple as God simply told Adam and Eve not to eat the apples that swung from the Tree of Knowledge.  That didn’t last very long when, after a brief chat with Satan, Eve decided to chow down on the forbidden fruit.  Of course, as a good “wife,” she nagged the hell out of Adam until he munched an apple too, and after the shit hit the fan and they were tossed out of the Garden, Eve exclaimed, “The Devil made me do it!”  Society went to the proverbial “Hell in a hand basket” after the first son murdered their second son and ran away to Nod to marry some shameless hussy, who was probably created by some “false god.”  Oh boy, more laws.  Now God said you can’t kill people, covet your neighbor’s wife, steal things, et cetera, or anything else we consider fun stuff.

Now, whether you believe the Bible’s version of the creation of man and woman is immaterial, but fact or fiction, it demonstrates that from the beginning of history, humankind recognized the need for law and order.  Whether you force it upon people as an evil dictator, enforce it as a series of laws, or somehow find a group of people with the capacity of true self control, the concept of government and its authority over people is required in a civilized world.  Anything else is a form of government Aristotle didn’t include in his classification– anarchy!

While anarchy may sound like a lot of fun, it sort of parallels what the character Malcolm said in the movie Jurassic Park.  First there’s the “oohing” and “aahing”; then comes the screaming and dying.  At any rate, no government is perfect since they are administered  by people and persons who, no matter how dedicated and pure, over time, begin to believe they really are above the rest.

So if a bunch of biblical scholars recognize that in a world of two people, somebody’s going to break the law, it’s no wonder that in our little “Garden of Eden” of six billion plus things are a hell of a mess.  Not much of a chance anyone on this planet is going to see smaller government real soon!