Detective Arthur P. Dietrich is interviewing a man arrested for spray painting an “f” on the side of a city bus to correct the poor English in an ad that read, “Filet-O-Fish.”  Dietrich appears sympathetic to the man’s rants about the deterioration of the English language in speech and writing.  The detective stops typing the police report occasionally, nodding and agreeing with the man as he goes on and on.  The man admits his wrongdoing, but believes any punishment should be minimized since his act was a righteous crime committed to 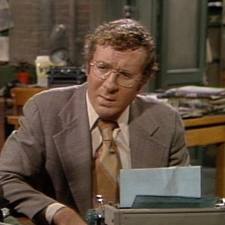 “Fillet-O-Fish!” the man cries out, “Can you believe it?”

“Then you agree with me, Lieutenant?”

Of course, Detective Dietrich is the fictional investigator in the squad room of the American television sitcom, Barney Miller.  The dry, calm, all-knowing gumshoe was portrayed brilliantly by actor Steve Landesberg, who admitted in a Washington Post interview that he was nothing like the omnipresent character. 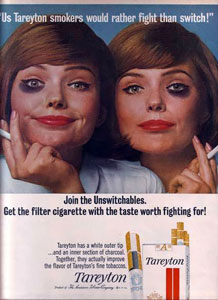 Although the audience viewed Dietrich’s captured graffiti artist as a crazed loon, the story writers’ message was clear– advertisers will do anything to get a message across to the public, even if they butcher the language to do it. When cigarette ads reigned supreme on the small tube, The American Tobacco Company seemed to delight in English faux pas propaganda as they eschewed such gems as “Winston tastes good like a cigarette should!” and “Us Tareyton smoker’s would rather fight than switch!” We consumers would rather our ads be written correctly as an advertisement should!  But, it was the 1960’s and any company that sold products to poison loyal customers could write any kind of ad.  If you’re killing folks with your merchandise, what’s a few grammatical errors among friends?

The latest blunder on the advertising scene is concocted by the Ford Motor Company.  Elena Ford, Ford’s global director of marketing and the great-great granddaughter of founder Henry Ford is quoted, “We go further so you can!”  Thus the great slogan “GO FURTHER!” was born.  Can anyone at Ford count his balls and come up with the same number twice?  If you’re selling cars, you must assume that a car slogan is not written to describe the metaphysical distance that is “further,” but would refer to an automobile that lasts longer, gets great gas mileage and, thus, goes “farther.”  I’m sure General Motors agrees that a Ford will not go “farther” or “further” than their autos!

Perhaps we can’t blame Ford, the American Tobacco Company and its advertising agencies for all these mistakes when smarter people than they screwed up the language hundreds of years ago.  Case in point, in a letter to Dr. Robert Hooke, Sir Isaac Newton wrote, “If I have seen further, it is by standing on the shoulders of giants.”  I guess the apple doesn’t fall far from the tree! 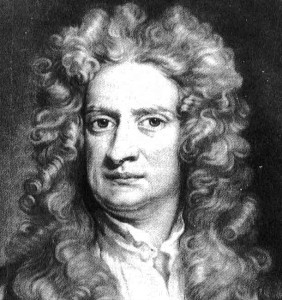 This entry was posted in Celebrity and Fame, It's part of the language!, Television and tagged automobile, Barney Miller, cars, cigarettes, Ford, jargon, tobacco, TV ads. Bookmark the permalink.